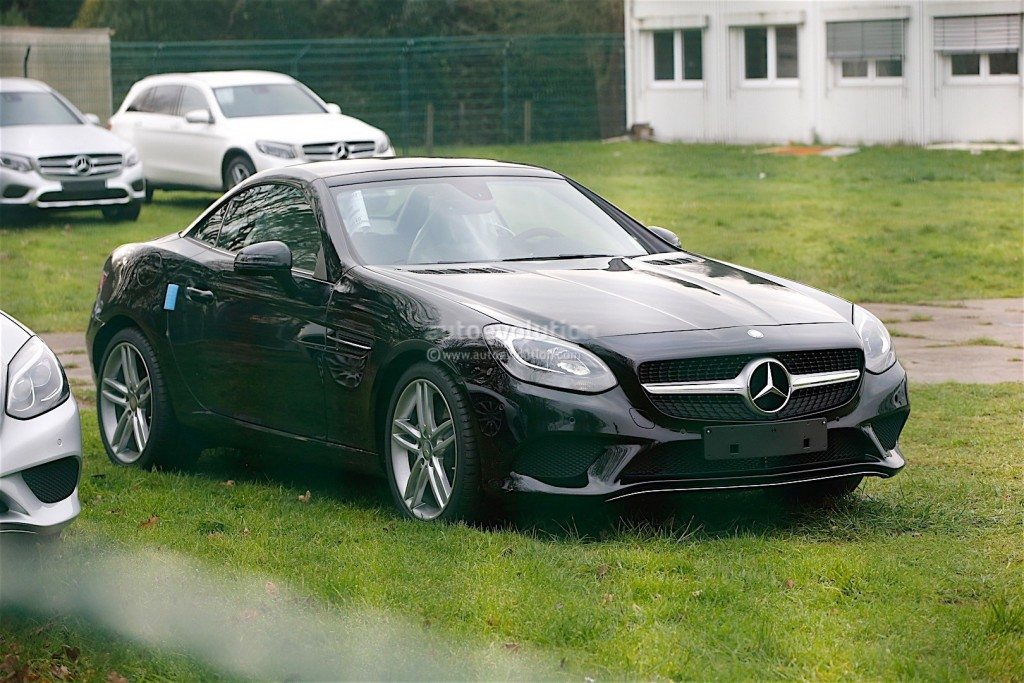 Unfortunately for Mercedes-Benz, the yet to be launched SLC, or the SLK face-lift has been spied completely undisguised. The SLC, apart from a re-jigged letter in the name, brings in a host of changes over its predecessor, including updated drive-trains. The new styling successfully coalesces a more rounded front fascia with the SLK’s original design, while the rear end gets slightly revised tail lamps and a new rear bumper. 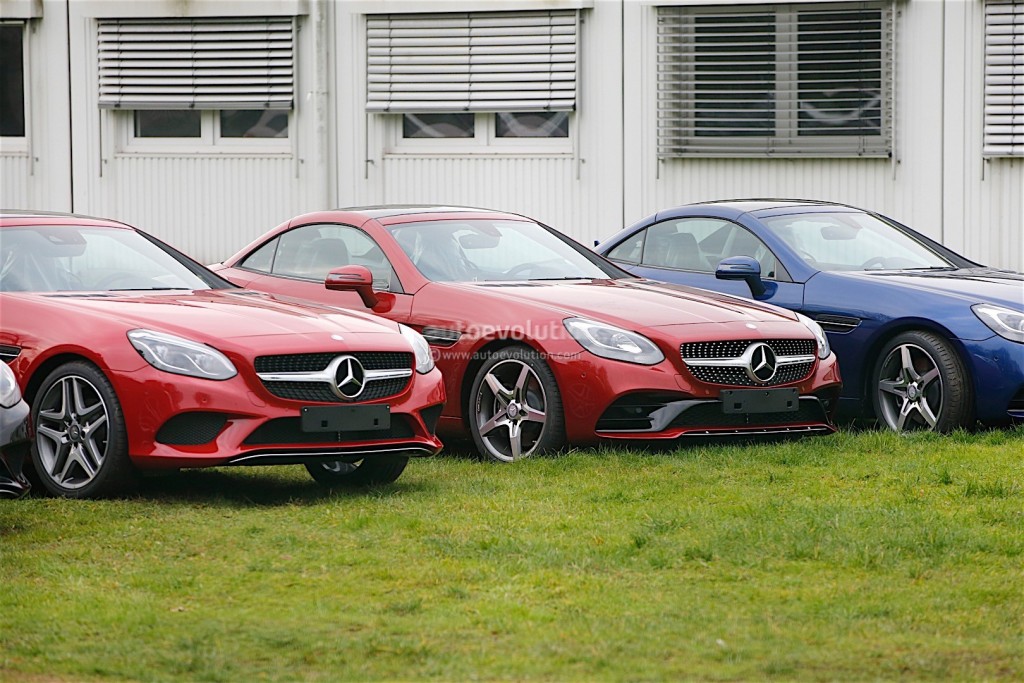 The re-skinned front end now wears the latest Mercedes-Benz face, replete with new LED head lamps. While the sides are mostly left alone, a choice of new alloy wheels seem to have been made available. The new rear bumper gets fake exhaust tips trimmed in chrome (like the new C-Class), while the tail lamps get a smoked effect and new graphics.  A couple of prototypes also appear to have the AMG visual package on, with a more aggressive front bumper, different radiator grille, and a new rear bumper with air vents. 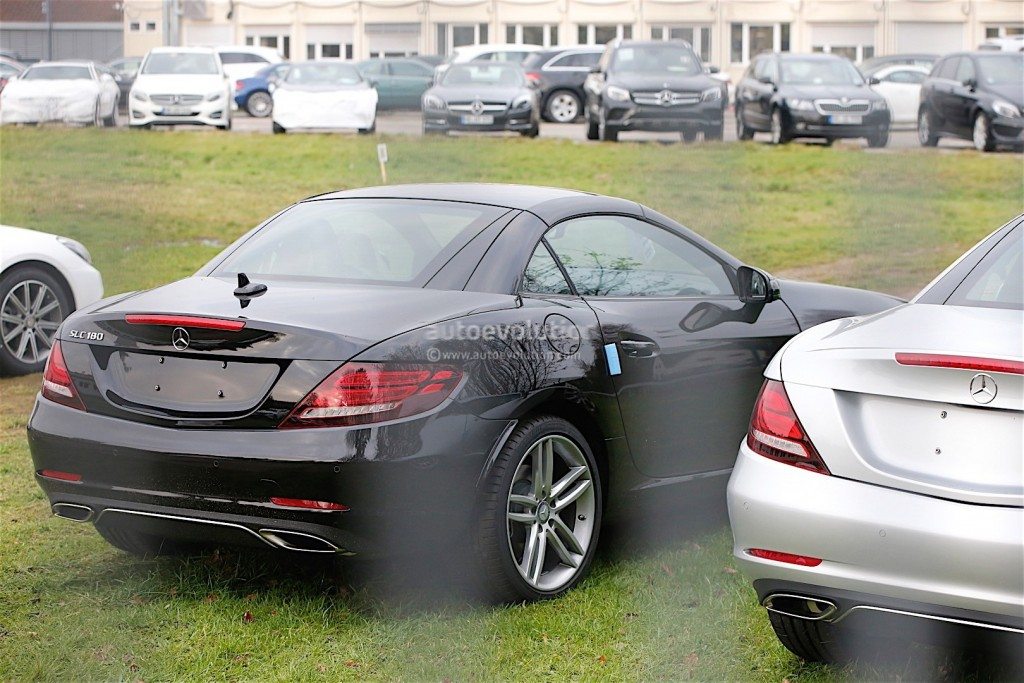 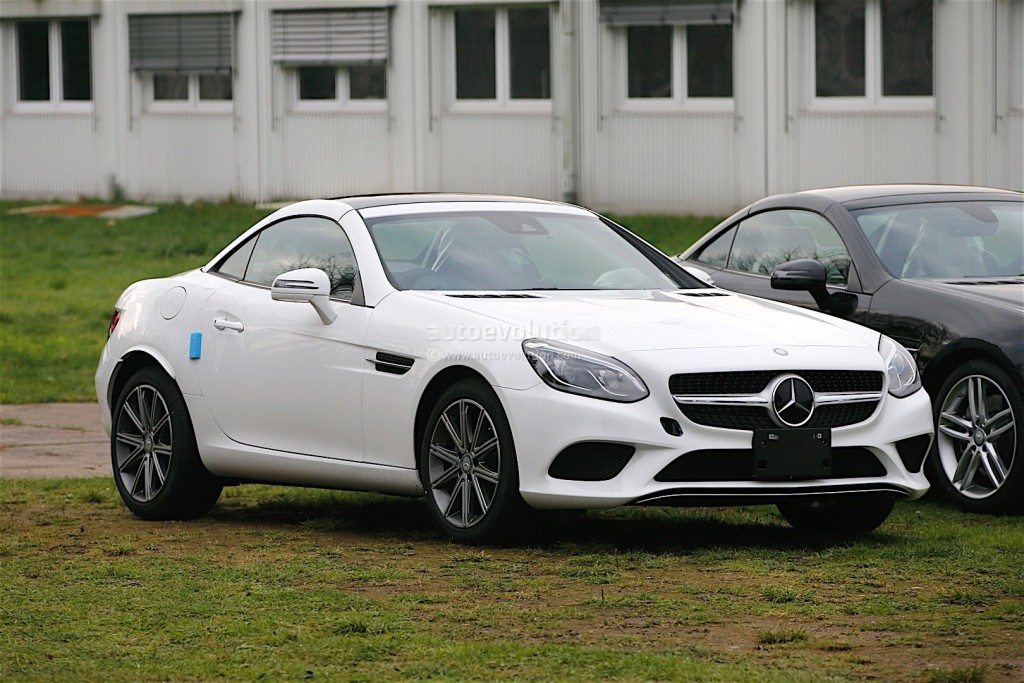 A full-blown AMG derivative is also due, that’ll fill the shoes of the SLK 55 AMG. The new Mercedes-Benz SLC is rumoured to make its official online début later tonight, while a full public reveal will happen at the 2016 Detroit auto show. Expect the new SLC to make its way to India sometime next year.