A test mule of the KTM 790 Duke was recently seen during pre-production test runs. The motorcycle, which made its debut as a prototype at the 2016 EICMA Milan Show, will come equipped with KTM’s all-new parallel-twin engine of about 800cc of displacement. The recent sighting reveals many details about KTM’s upcoming middleweight roadster that is likely to arrive in 2018.

Don’t Miss – KTM 790 Duke a.k.a The Scalpel takes precision to a whole new level in this promotional video 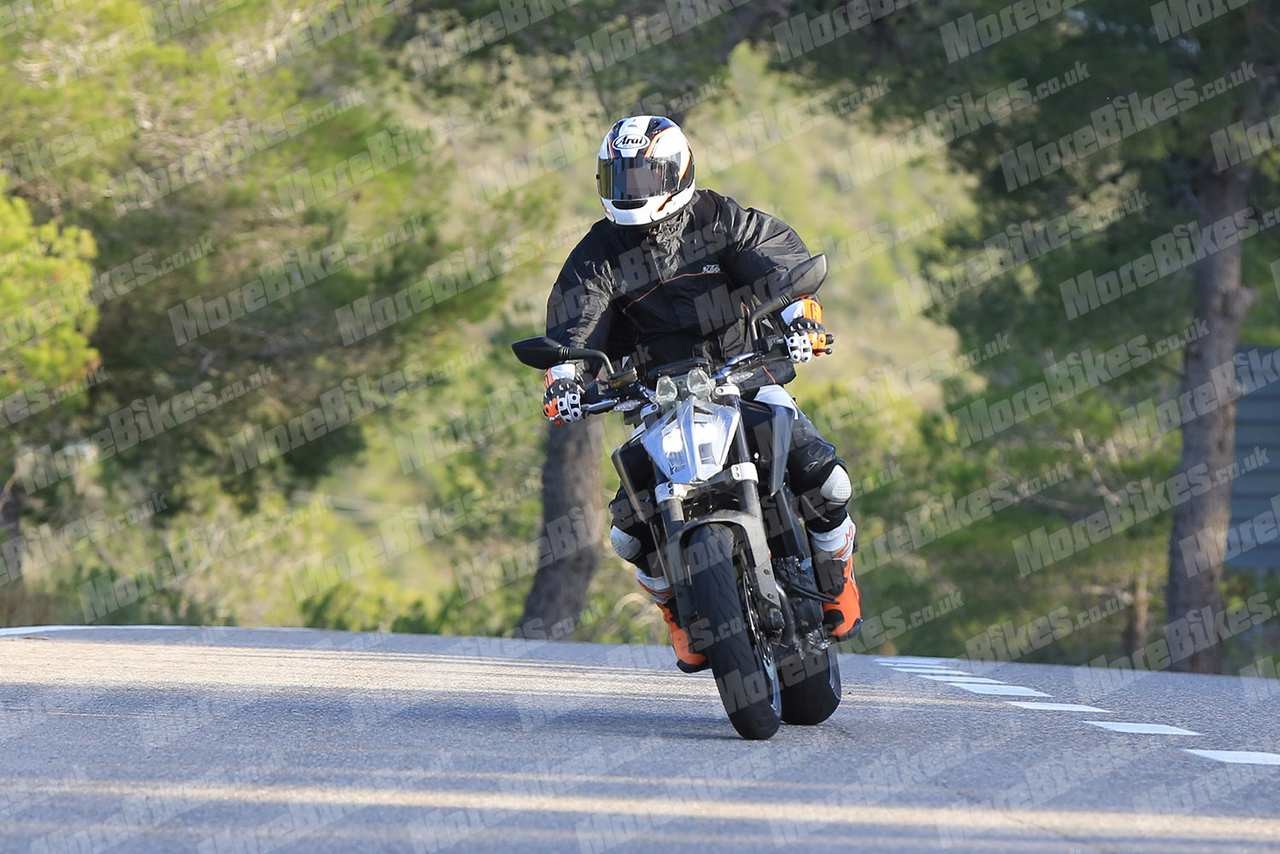 Visually, the motorcycle dons KTM family’s latest split LED headlight design. The tail light and blinkers would also be LED units. The pre-production test mule retained the sharp and muscular fuel tank that was seen on the prototype but the side and rear panels, rider and pillion seats and the exhaust canister are now practically placed. The underseat exhaust from the prototype has been replaced by a upward sweeping side mounted unit. The pillion grab rail does look a little out of place and we hope KTM replaces them in production guise. 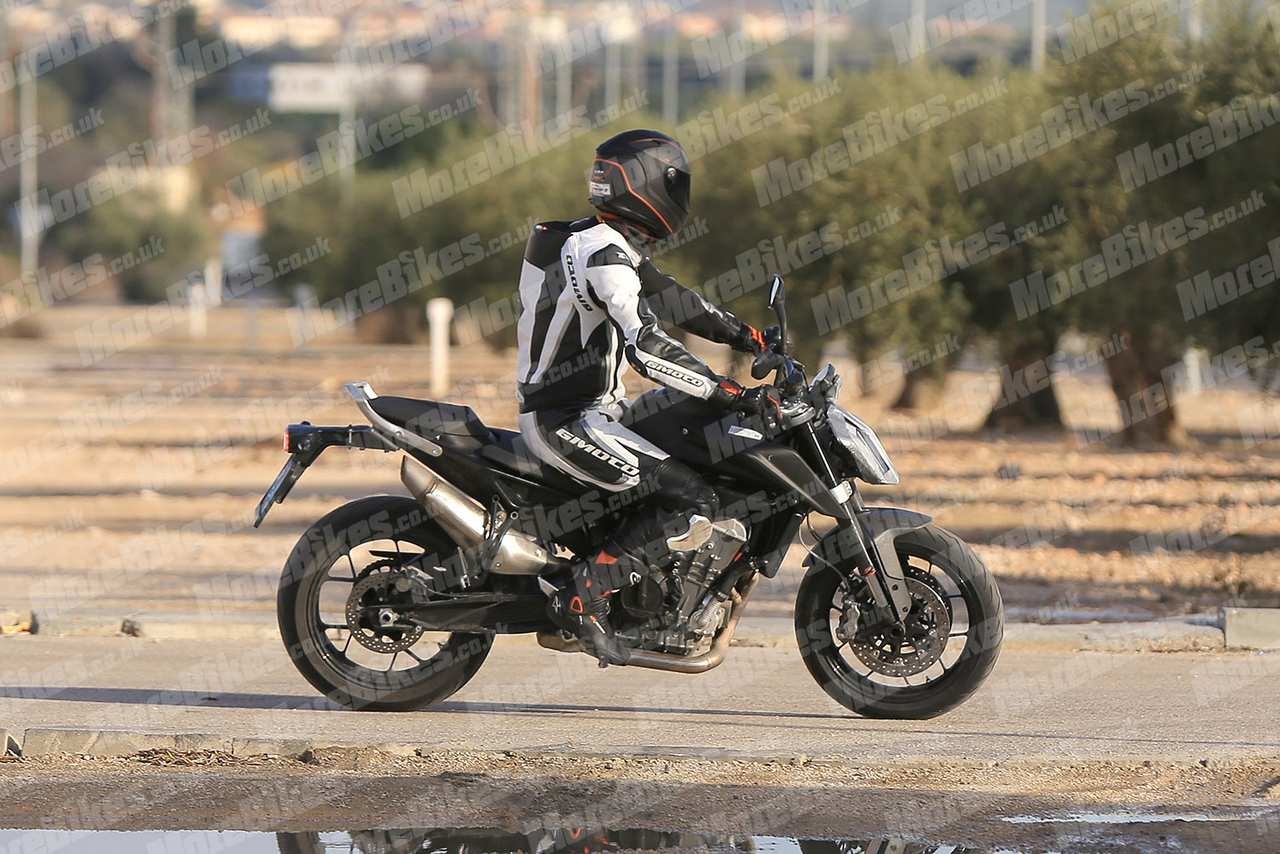 As aforementioned, the 790 Duke will feature an all-new parallel-twin engine of about 800cc. KTM is calling the new engine the LC8c. Braking duties would be provided by a dual disc setup upfront and a single disc at the rear. The motorcycle will also feature a bevy of electronic aids including traction control, different riding modes, ride-by-wire throttle, and integrated ‘MY RIDE’ connectivity. 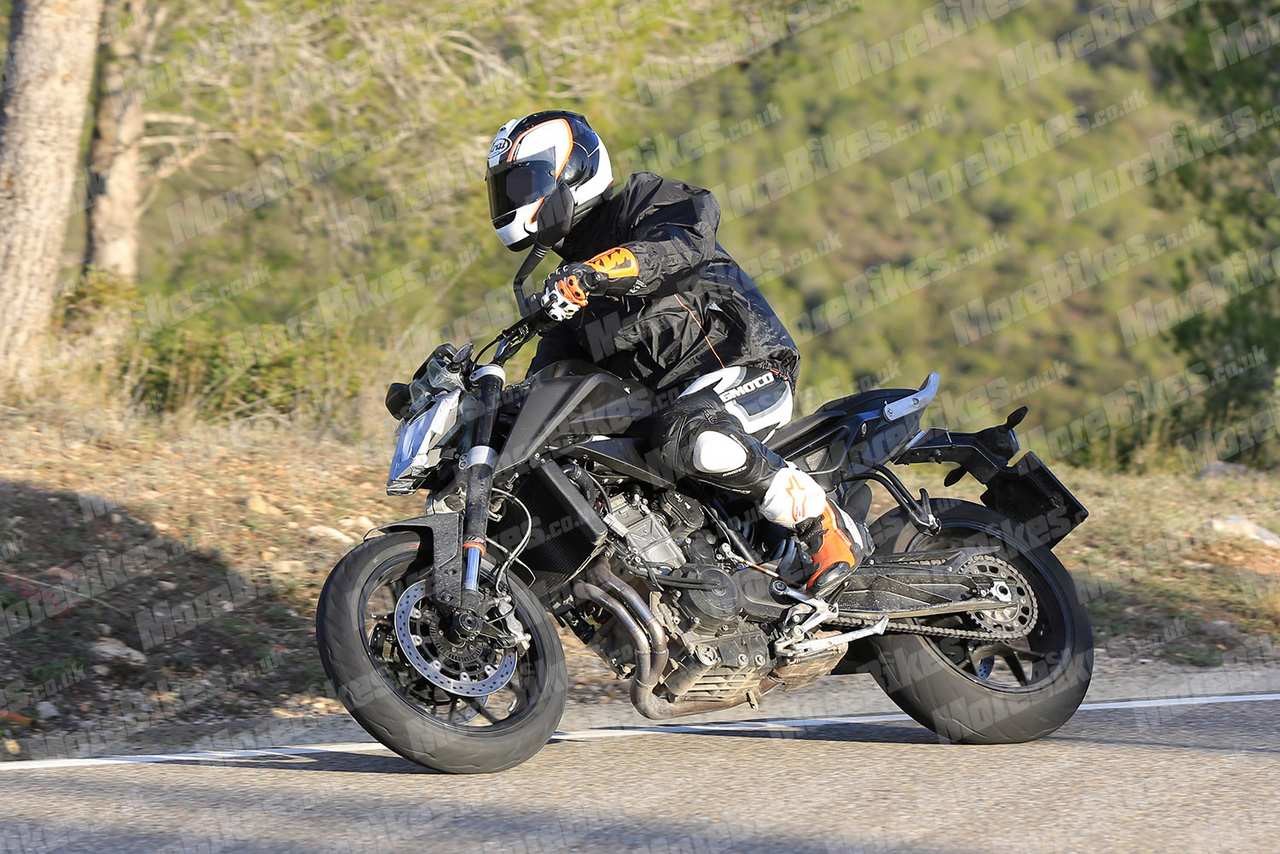 We expect to see a production ready motorcycle at this year’s EICMA motorcycle show with the launch likely to happen in early 2018. Meanwhile, check out some more images of the KTM 790 Duke test mule below. Do share your views about the motorcycle through the comments section below.