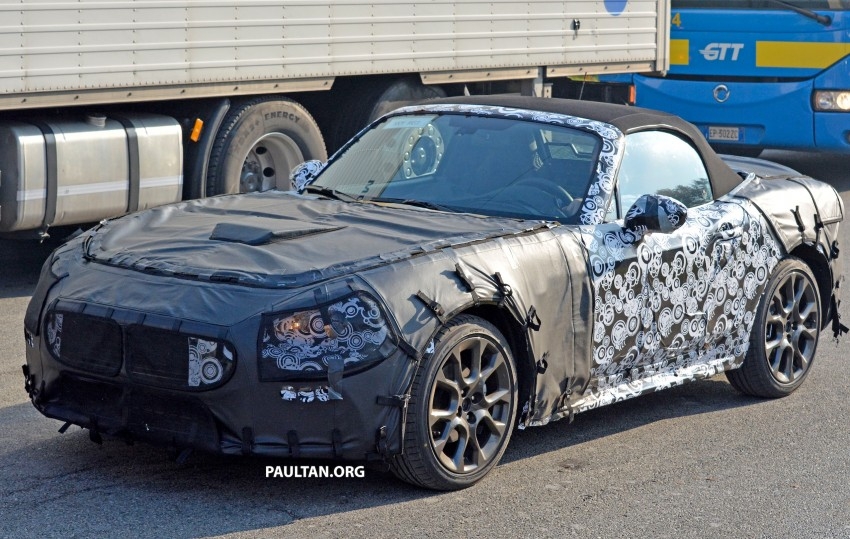 Few weeks ago, Fiat revived the iconic 124 Spider after 50 years since the original debuted way back in 1966. The glamorous Fiat 124 Spider was unveiled at the 2015 LA MotorShow. With the character staying the same, the roadster features clean Italian styling on its lightweight structure. It is powered by the 1.4 litre MultiAir turbo-charged petrol engine which is good for 140hp and 240 Nm of torque. The power is pushed to the wheels through a manual transmission, and the 124 Spider sticks to a traditional rear-wheel drive layout. 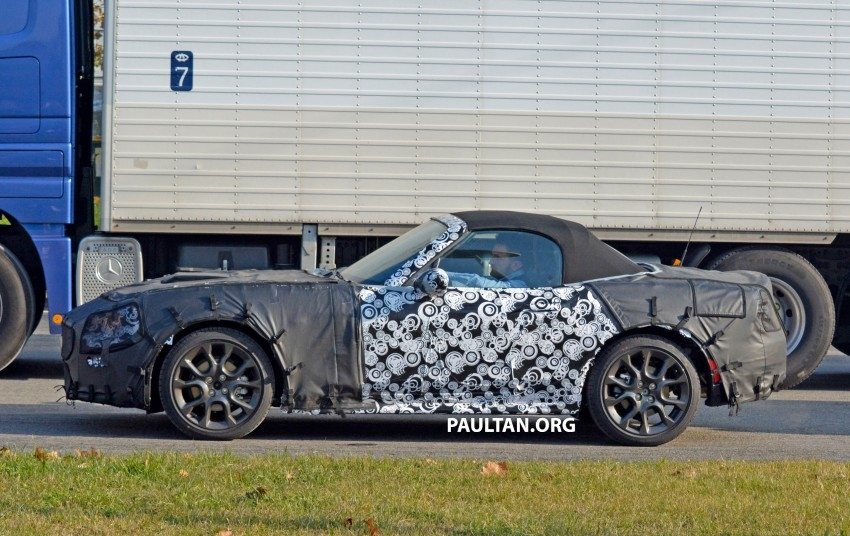 Now its time for the Spider to get a scorpion badge, with the performance oriented Abarth derivative on the way, the Spider will soon appear with extra horsepower. The Fiat Abarth 124 Spider was spotted in Europe during a public road test, wrapped in tailored covers and stickers on all sides. The silhouette of the roadster and the Abarth versions remains almost the same, on a keen glance through the covers it can be seen that the latter features four exhaust pipes sticking out of the rear bumper instead of two on the Spider. The front air scoops have grown and also the car drives on bigger wheels. The Abarth does look a bit muscular over the dainty roadster. 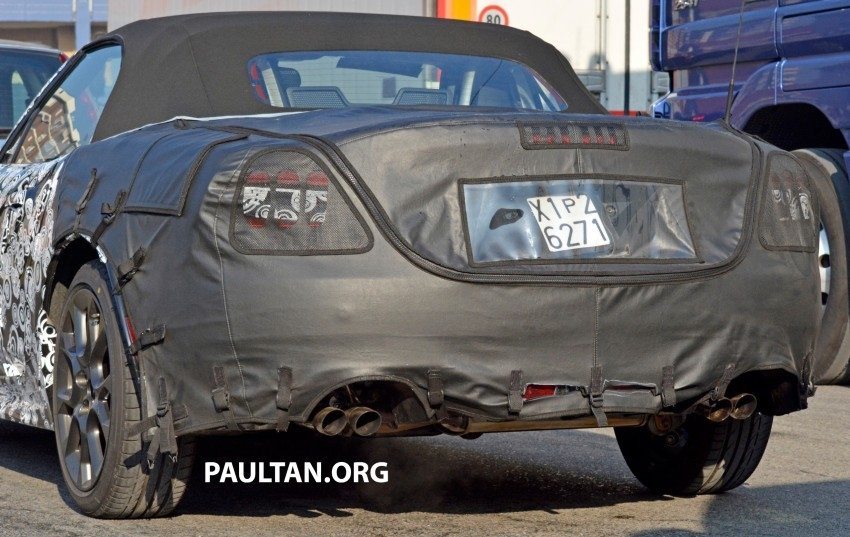 No official words on the Scorpion badged 124 Spider are out, but there are a lot of spy-reportings drifting over automotive blogs. It is rumored that the Fiat 124 Spider will receive extra 30hp for the standard Abarth trim, the mid-spec will do close to 190hp and the top-end EsseEsse variant will be over 200hp. As from the pics it can be seen that the Abarth has received chassis upgrades for better performance handling and just like the other Abarths, the 124 Abarth Spider will get a new suspension, brake configs and other performance upgrades. 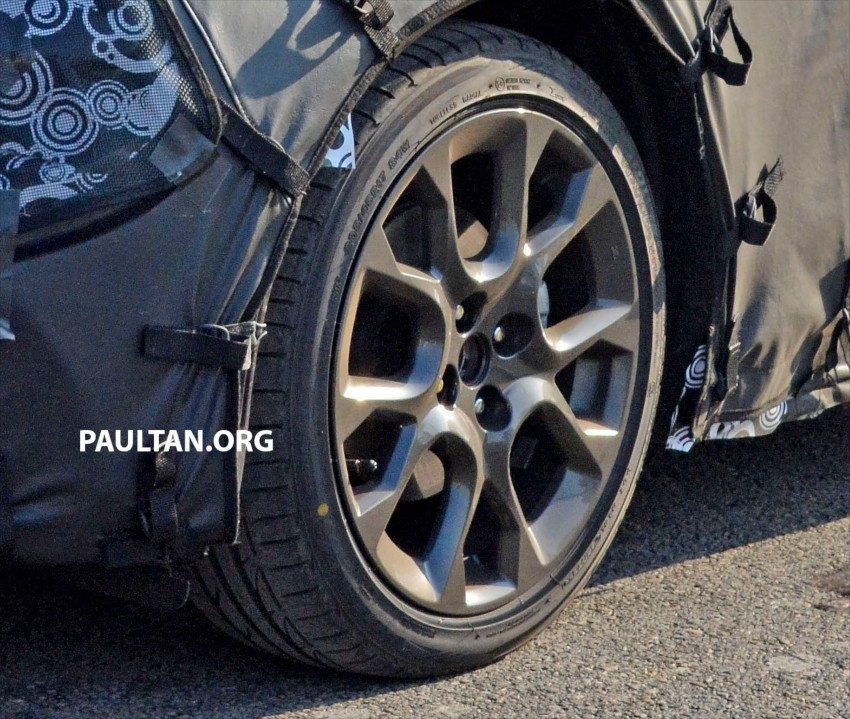 The prices, availability of the Fiat 124 Abarth Spider are still not out, since the mule has been spotted we can assume that it will be unveiled next year. Stay tuned for more updates! Also have a look at our first drive review of the Fiat Abarth Punto.

Check out the gallery for pics of the camouflaged Fiat 124 Abarth Spider.