A near production ready test mule of the upcoming KTM 390 Adventure was spotted somewhere in Europe by the folks at Motarrad Online and there are several bits that are instantly recognizable. 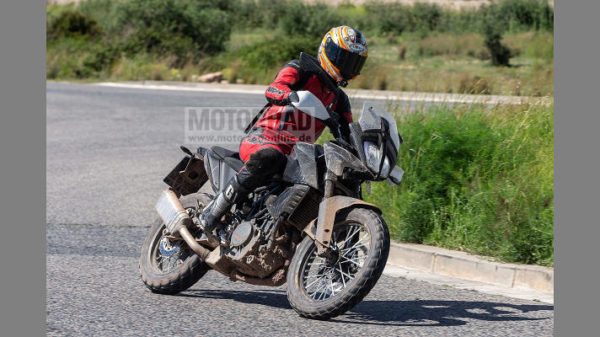 The full LED headlight, for example, has been directly taken from the new KTM 390 Duke. The LED blinker, rear-view mirrors, knuckle guards and the swingarm, too, are identical to the units that are installed on the naked roadster. The 390 Adventure is built around a tubular trellis frame and, similar to the new KTM 390 Duke, the new motorcycle will feature a bolted sub-frame. The motorcycle uses a upside-down telescopic fork at the front and a monoshock suspension at the rear although they appear to have a longer travel than the 390 Duke. 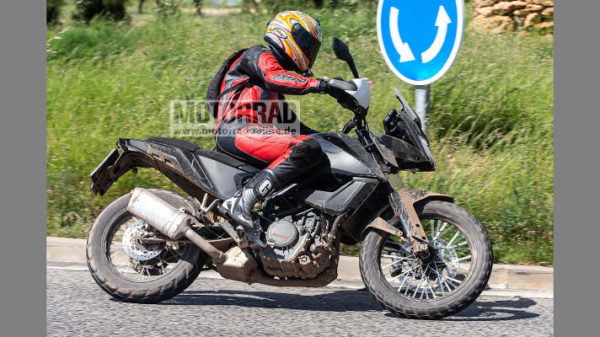 However, the 390 Adventure is made for the long haul and to improve comfort and reduce the wind blasts at high speeds, the motorcycle comes equipped with wind-deflectors. Apart from the conventional windscreen that occupies the space above the headlight, the motorcycle also gets a couple of units under the headlight to offer better aerodynamics without the need of a semi-fairing design. 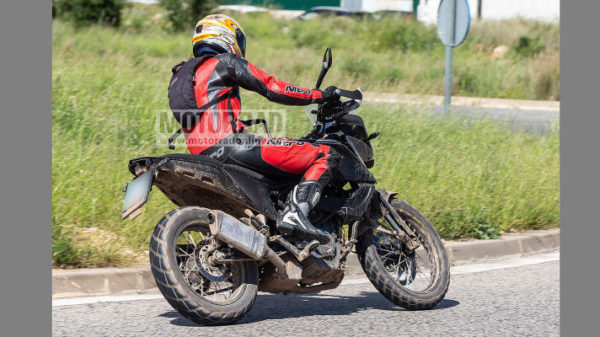 Off-roading capabilities are enhancedby wire-spoked wheels which are wrapped in dual purpose tyres. The tyres are not likely to be tubeless as the wheels feature a conventional spoke design. The front wheel appears to be a 19-inch unit which should offer a perfect balance between on-road and off-road handling. The handlebar appears to be higher than the 390 Duke for better ergonomics while standing on the footpegs while off-roading. The KTM 390 Adventure test mule is also equipped with off-road style footpegs for better grip. The exhaust on the test motorcycle looks beefier, and better than the unit seen on the 390 Duke. 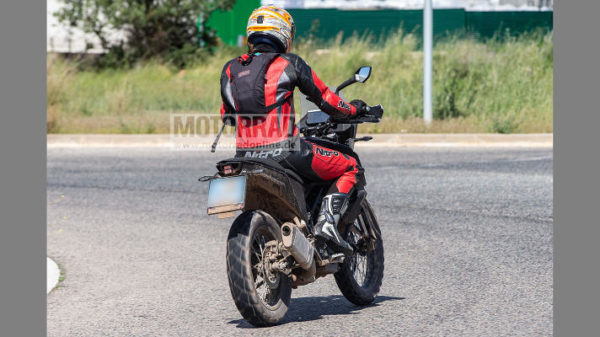 Surprisingly, the test mule was not equipped with a bash-plate and a day of off-road testing has resulted in a lot of mud-splashing on the engine. However, KTM will most likely add a bash-plate to the showroom ready motorcycle. The 390 Adventure will also feature the Bluetooth enabled, TFT colour instrument cluster that is seen on the 390 Duke although we hope that KTM adds a navigation system to the dual-purpose motorcycle. 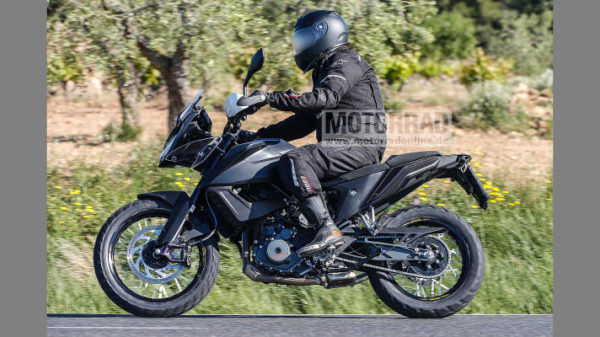 The KTM 390 Adventure will use the same 373.2cc, single cylinder, liquid-cooled, fuel injected engine that powers the 390 series although this engine will most likely be re-tuned to match the dual purpose character of the motorcycle. 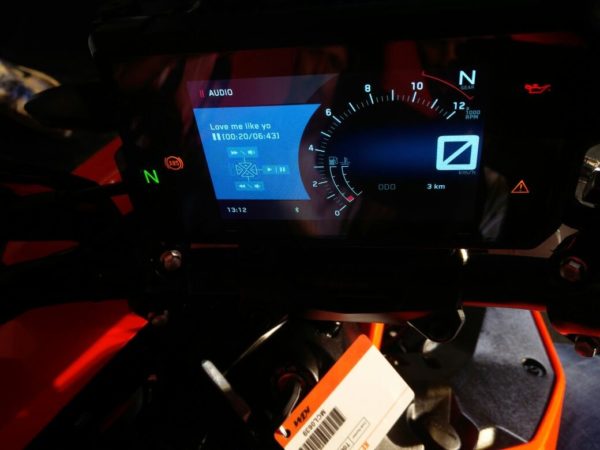 KTM has officially confirmed that the new 390 Adventure will arrive on Indian shores in 2019. Surprisingly, the announcement came just days after BMW Motorrad started accepting bookings for the G 310 R and the G 310 GS in the Indian market. The KTM 390 Adventure will be built in India and thus we expect the motorcycle to arrive with an aggressive price tag. Stay tuned for more updates.

Check out more images of the upcoming new KTM 390 Adventure below: