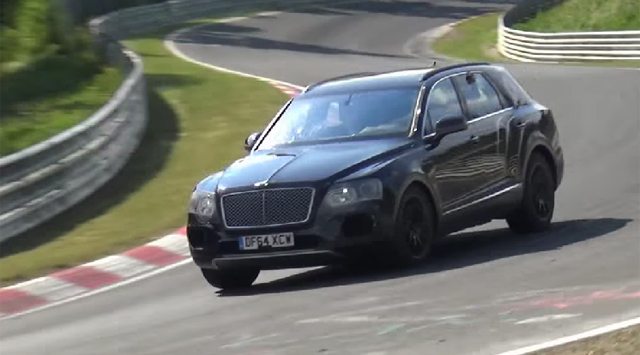 About a year ago, Bentley raised many eyebrows when they announced that they would be developing an SUV to take on the likes of Porsche, Maserati, and maybe even Lamborghini. Those in the know, though, didn’t bat an eyelid, as it made perfect business sense, no matter what the purists scream. Then Bentley raised even more eyebrows when CEO Wolfgang Dürheimer stated that the Bentayga’s W12 variant will be the fastest SUV on the market when it goes on sale. That swiftly brought about a reaction from Porsche, with R&D chief Wolfgang Hatz proclaiming that their new Cayenne whip the Bentayga on the road, and that too with a smaller V8 engine.

Well, now it seems that Bentley isn’t taking that threat lightly, because videos have emerged of the Bentayga being tested round the Nurburgring.

The Nurburgring, or The Green Hell, as Sir Jackie Stewart famously called it, is the ultimate proving ground in the world. Everything from Paganis to 18-wheeler Volvos are tested here year in and year out. It’s like all the world’s most challenging, difficult road sections put together, with no speed limit and less than ideal pavement in some places. It’s about the best place to test your vehicle, even if you’re not going for lap times. 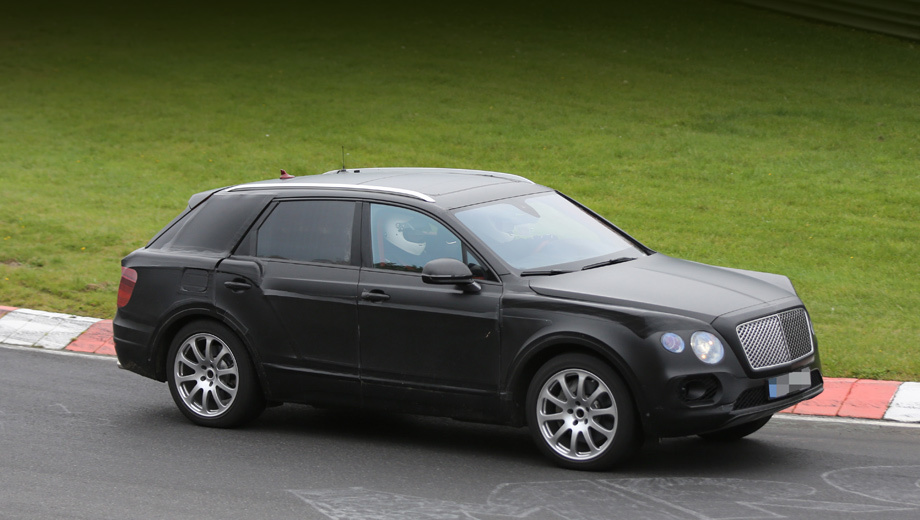 And yet, there is something incongruous about seeing a lumbering, heavy, British luxury SUV being put thru its paces at the ‘Ring. This is a luxury barge clearly made to ferry rich oligarchs to the nearest golf club and back, not something that would ever see a vinyl race sticker or a checkered flag. Notice how the body rolls over to the outside and the nannies shift the nose back into line when the driver pushes it through curbs. You can see how the vehicle uses traction and stability management to actually turn in, as it wallows its way around the track. It’s ridiculous, but at least it shows the Bentayga will be plush, comfortable cruiser that will be able to climb more curbs than any Bentley before it. It also looks quite slow, but not because it lacks power, it’s certainly not that, but it looks like it’s simply not capable of maintaining high speed through the corners.

Now, to be fair, this does not reflect the behavior of the final version of the Bentayga, whenever that comes out. It could very well be equipped with some intense off-road chops that preclude tight-ship turning when it comes out, a la the Mercedes-Benz G-Class.

Bodies of the Bentley Bentayga will be built at the Volkswagen Group’s Bratislava plant in Slovakia. Final assembly will then be handled by the marque’s plant in Crewe, England. Engine options haven’t been revealed yet but there are speculations that the Bentayga will be based on the Audi Q7 platform, and powered by the same engines available in the Continental GT—twin-turbo V8s and 6.0-liter W12s. There’s rumor of a V8 plug-in hybrid, and apparently Bentley wants the 12-cylinder to give the big thing a top speed of 320 km/h.

Either way, it doesn’t seem like the Cayenne will be losing sleep over the Bentayga’s track prowess anytime soon.