First seen in its Quattro Concept avatar at Frankfurt in 2015, the production spec Audi E-tron has just been spotted out in the wild for the first time. When introduced, it will be the first all-electric vehicle from the German car-maker. 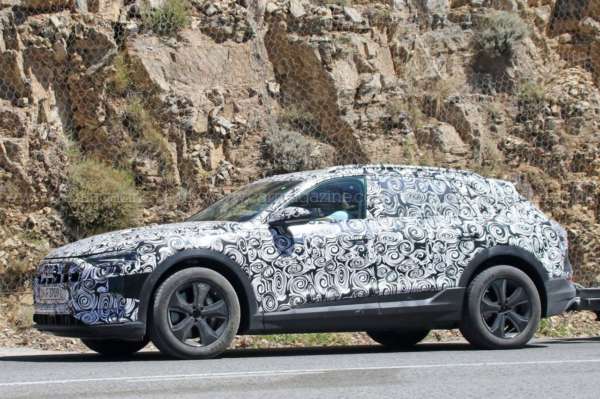 Originally, it was being expected that the full-sized SUV could be called the Q6, in keeping with the nomenclature that Audi follows for the more conventional SUVs in its portfolio. However, it is now being said that the model will simply be called the ‘E-tron’, kicking off an entirely new direction for the company. 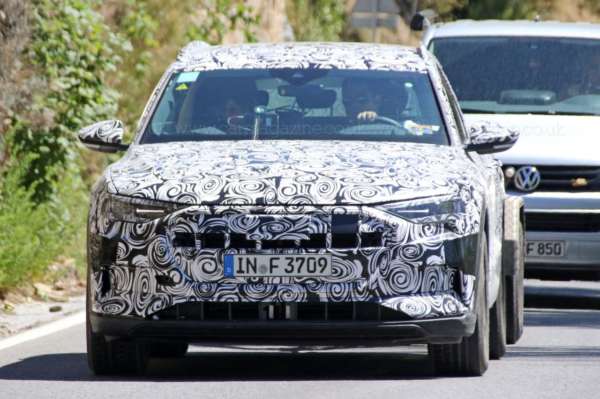 The spy-images published by UK based CAR Magazine show a heavily camouflaged version of the E-tron, hooked up to a full-sized trailer. This indicates that the vehicle is already in an advanced stage of testing and could be undergoing endurance runs at present. 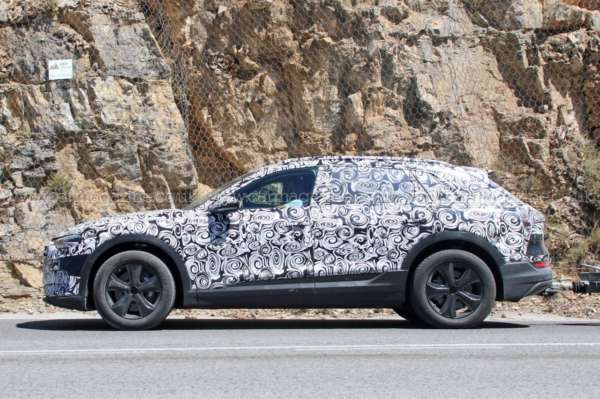 Styling is typically Audi with crisp neat creases dominating the bodywork. It seems to carry multiple interesting design elements from the concept, however, which include the new grille design and the mini-vents beneath the headlamps. It loses out on the fancy retractable wing-cameras and door handles though, in favour of more conventional setups. 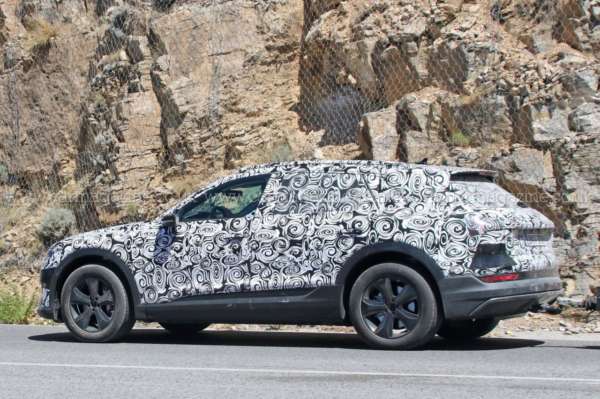 The rear seems to be in line with the existing model range with a sharp cut-out for the number plate. It is likely to receive a LED eyeliner that connects the rear taillamps and a large spoiler, like the one shown on the concept. It will also get plastic cladding all around which will increase its SUV appeal. 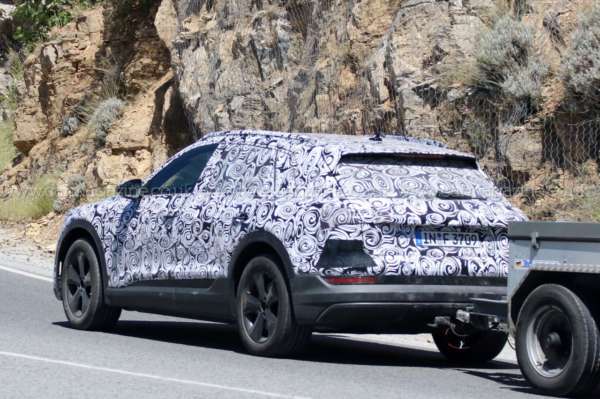 Since it will go straight up against the advanced Tesla Model X, Audi would be under considerable pressure to ensure solid performance numbers for their new offering. The SUV will be powered by a three motor combination – one on the front axle and one on each of the rear wheels. A wide range of power outputs, from an entry-level 300 BHP variant to a top-spec 500 BHP variant are expected to be on offer. 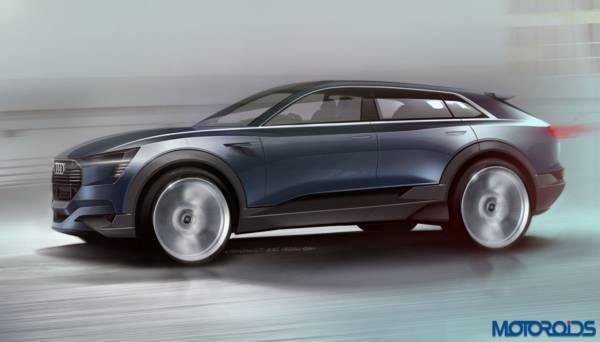 Audi has already promised that the new E-Tron will be able to go more than 500 km on a single charge and that 80% of the charge can be achieved in merely 30 minutes, just like your latest smartphone. The brand has confirmed that it is looking to launch a second Sportback EV (Audi Q4) by 2019, suggesting that the E-Tron would be released before that, sometime next year. An electric flagship, the Audi Q8 will complete the line in 2020.