While all the other motorcycles in KTM’s portfolio have been updated thoroughly in the past couple of years, the RC390 has almost remained the same ever since it was first launched in India. Though some might argue that it is still competitive and offers ample performance for the money it asks for, it is due for a thorough update. There have been speculations floating in the air that KTM is developing an all-new RC 390 and now these claims have been confirmed by some spy pictures which have surfaced from KTM’s home turf.

Lo and behold! The 2021 KTM RC 390 will receive a major overhaul, unlike the colour scheme changes it has received in the past. The spy pictures reveal that the new RC 390 will have that big-bike appeal and will look like a proper supersport machine. 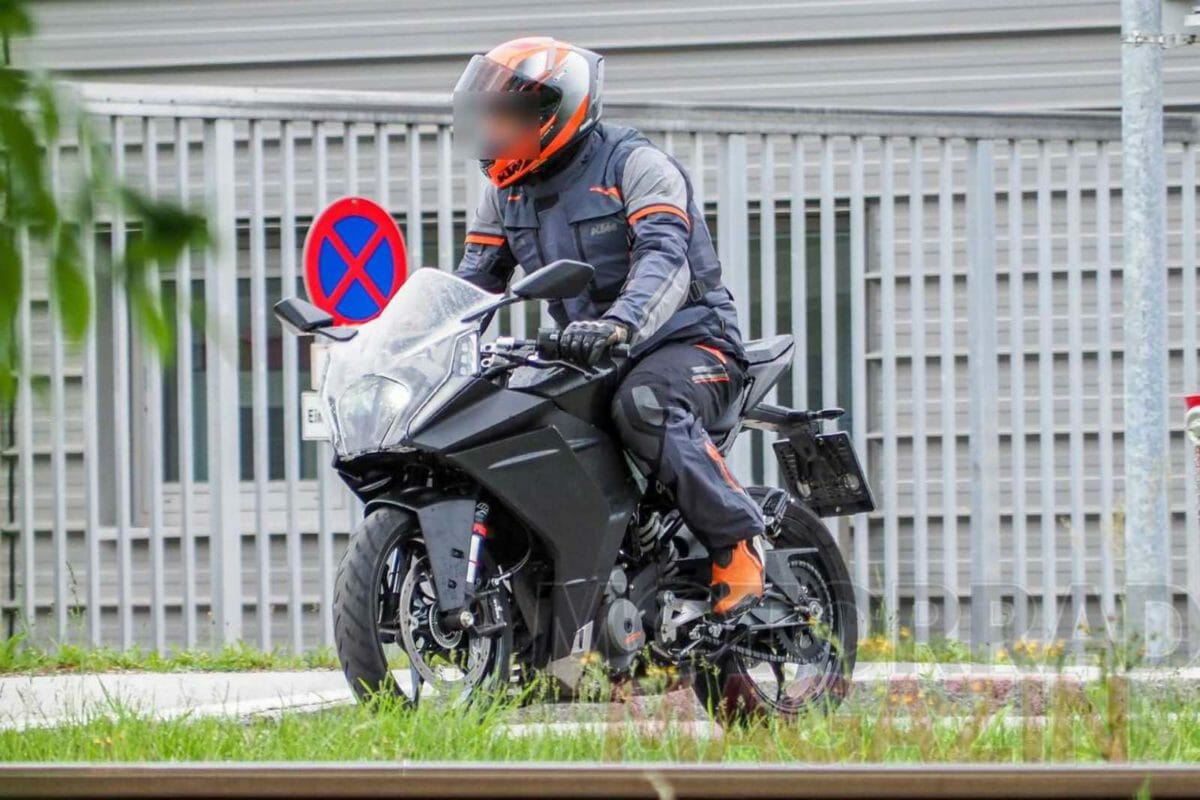 The updated front-end which is revealed in the spy pictures showcases the same LED headlamp unit which does the job in the Duke 390 and the Adventure 390. LED headlamps are all the rage nowadays and the updated RC 390 will mark the departure from the projector headlamps of the outgoing model. The front fascia also gets a redesigned windshield and fairing which is wider. It looks more aerodynamic than before and will provide better wind protection to the rider, as compared to the outgoing model. The front-end does give a subtle nod to the elusive and sharp-looking KTM RC8.

The side profile reveals some additional details and that includes updated braking equipment. The front disc is bigger in diameter, thinner and more perforated which will definitely help in cooling them down which will further enhance the braking. The calipers look different as well and so does the front USD fork setup. Red inserts on the top of the forks make us believe that the RC390 could benefit from adjustable front suspension. We will have to wait for more information to flow in before we can confirm the same. 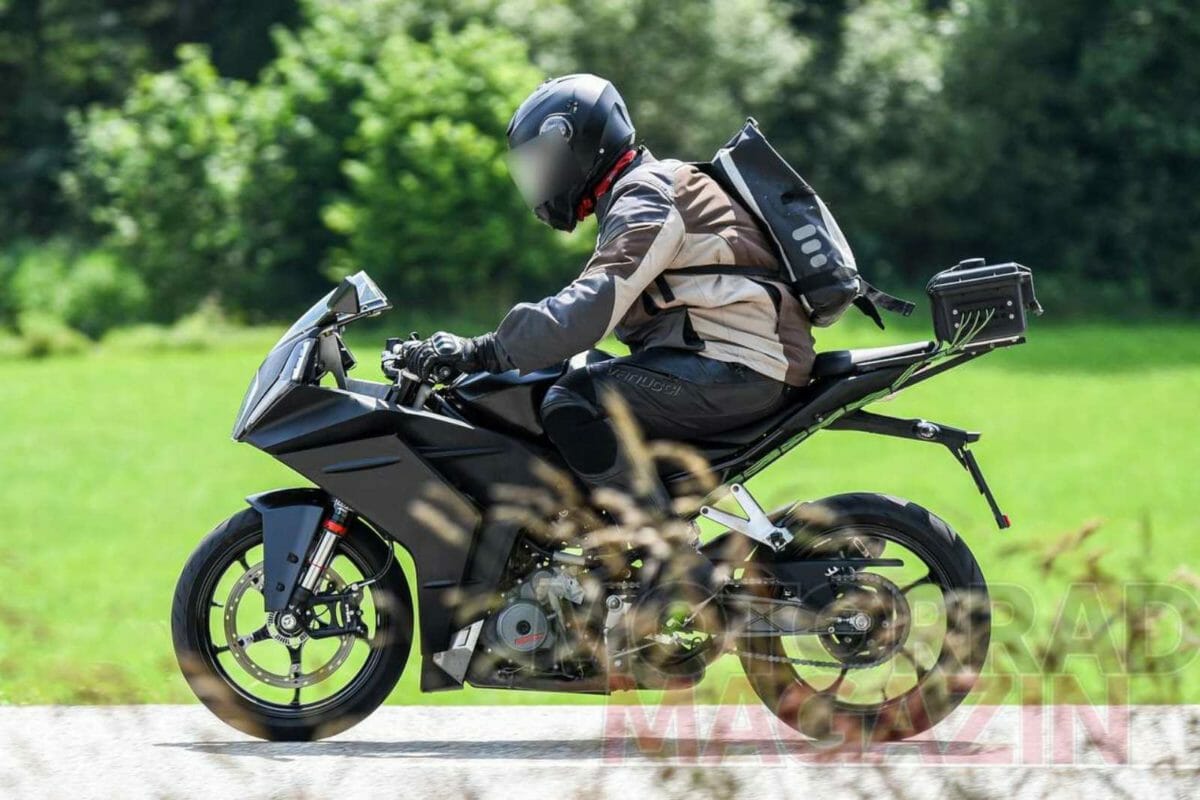 Another noteworthy addition will be the coloured TFT screen. The KTM RC 390 up until now had to make do with the same round LCD unit it debuted with. With the coloured TFT screen on offer, it will be more equipped to take on the likes of TVS Apache RR 310. The outgoing model is renowned for its aggressive and track-focused riding position but the spy shots reveal that the rider ergonomics on the updated RC 390 will be slightly more forgiving than the current model. It looks more upright and less-focused. The rear subframe looks new and so do the new panels and tail lamp. 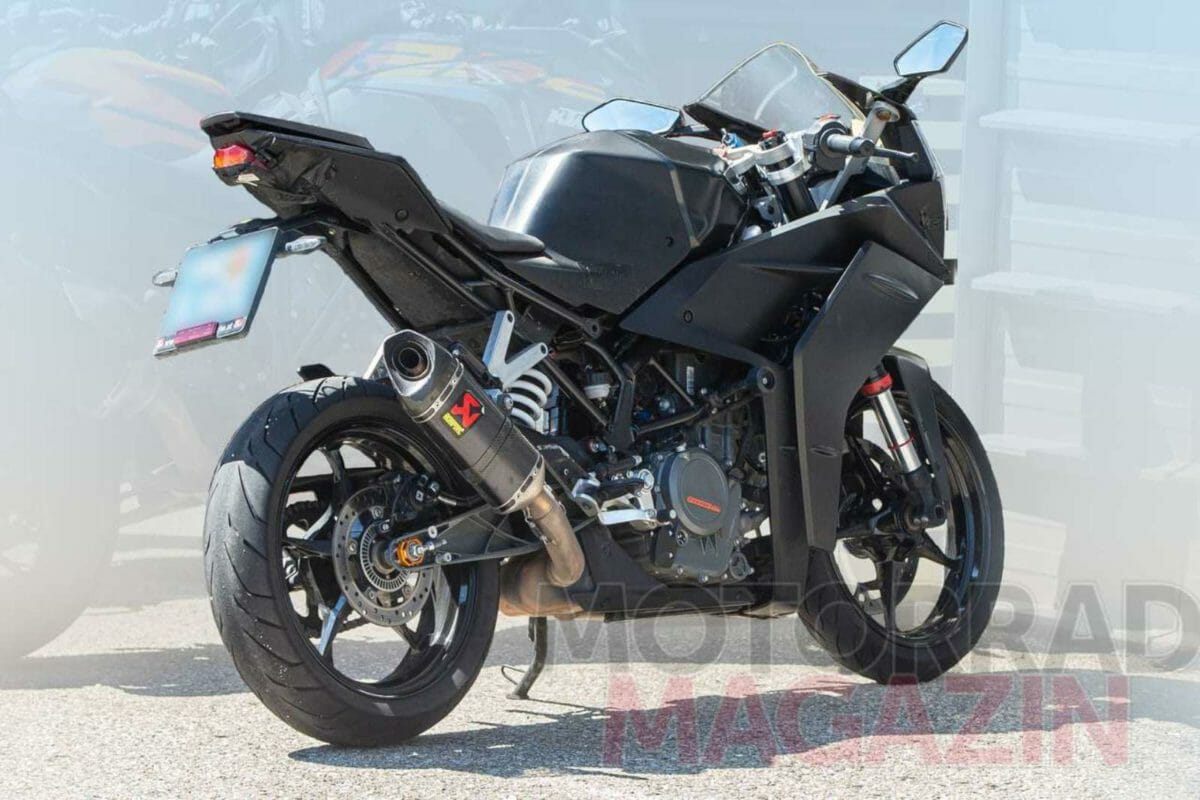 The updated riding ergonomics, courtesy the new set of clip-ons, will also make it more touring friendly. The updated fairing and the windshield will only enhance its touring capabilities even further. The frame, including the mainframe and the rear sub-frame, also looks a little different but we will have to wait to comment on how is it going to affect the riding dynamics. 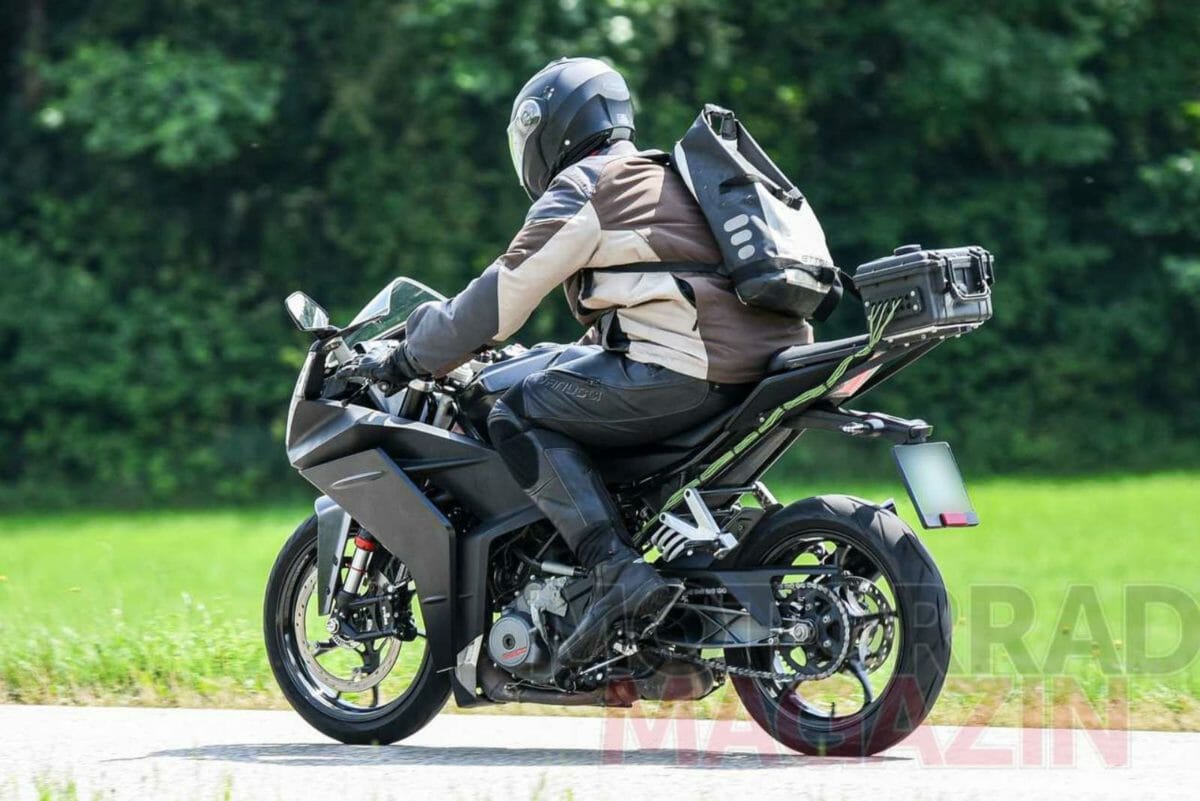 The rear end reveals updated styling and to be honest, it does look a bit bulkier than the outgoing model. It is expected to get a slightly revised engine as well but the performance figures will most likely remain the same. With updated styling, new features on offer and a much more capable braking equipment, it looks like the world of motorcycles will soon have to brace the impact of the updated KTM RC 390’s arrival.