Home News New Volvo XC90 to debut in 2014. To be based on Scalable Platform Architecture(SPA) 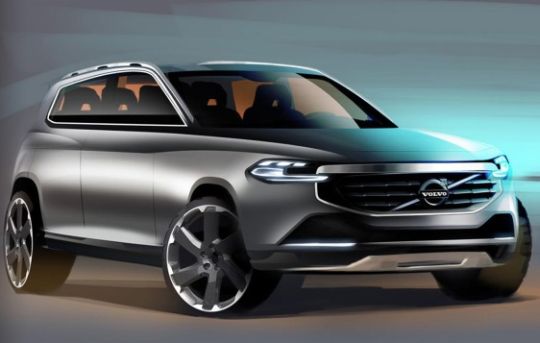 Volvo has been trying to infuse a new life in its product lineup with the recent launches. The XC60 and the S60 are both completely new, or rather new products. However, the XC90, which has traditionally been one of the largest selling cars for the company has started to look slightly dated and needs to be revamped.

We earlier reported that the Swedish carmaker is working on a new model of the ten years old SUV.  Doug Speck, CEO, Volvo North America had said in an interview that the company plans to bring an all-new XC90 to the market.

More details on the new car have emerged and the new XC90 SUV should debut in 2014. The car will be based on the all new Scalable Platform Architecture(SPA). The SPA platform will work as a common architecture to keeps investment costs under check and maximise profits. A common architecture enables various manufacturers to share components and make manufacturing cars more flexible. The new XC90 will come with new motors that should include one diesel and two gasoline engines with a turbocharger equipped four cylinder layout. Inside the cabin, the car should continue to have a 7 seats arrangement. One thing that is very sure is that the new XC90 should be loaded to brim with safety features.