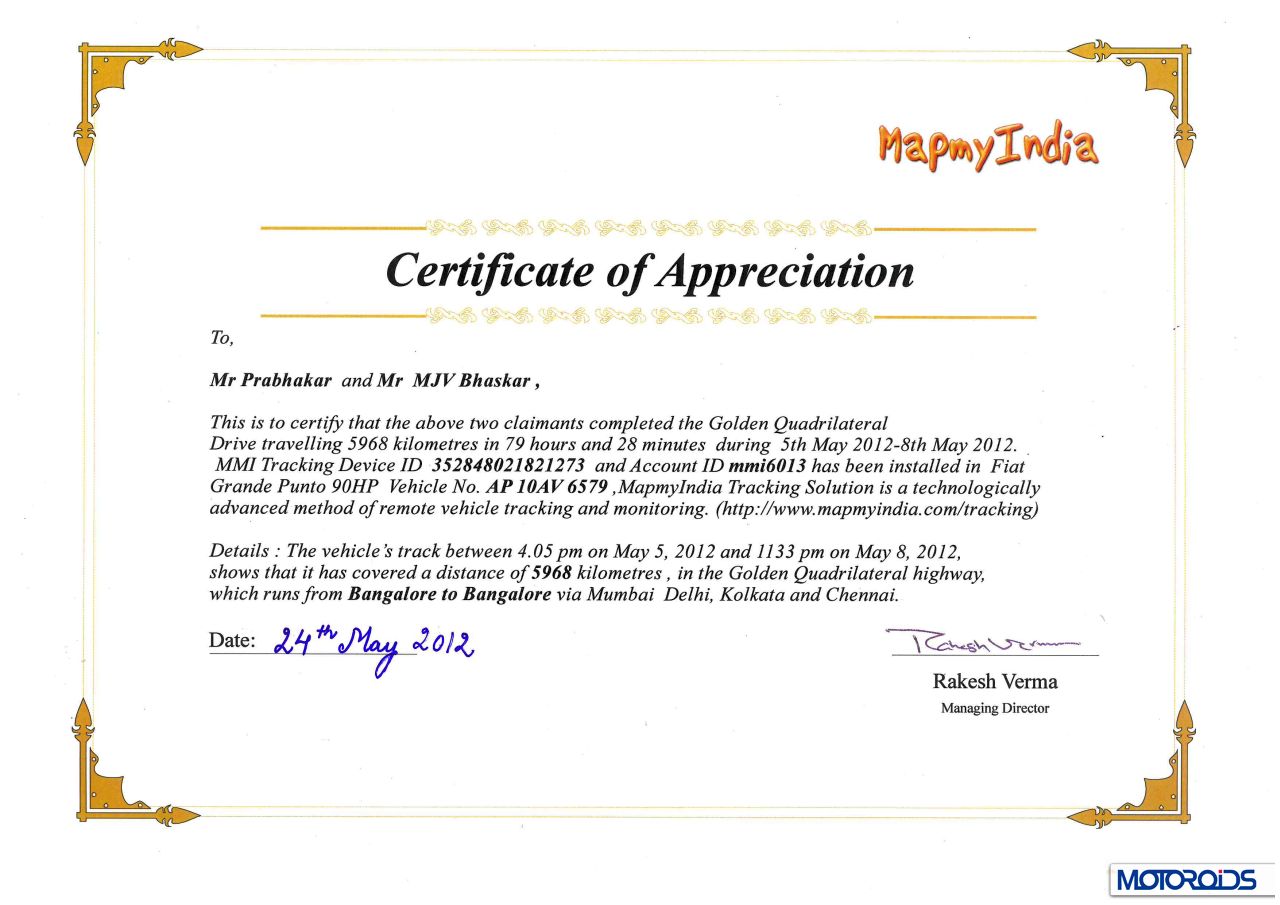 The daring duo of Motoroids Prabhakar Rao and Mandapaka Bhaskar, who managed to create a new entry in the Limca Book of records for the fastest GQ run, have been certified by MayMyIndia for their feed. The GPS and tracking company, which helped them track their car live while on their attempt to break the record, has issued an official certificate stating that the duo covered a distance of 5968km between 4:05 PM on May 05 2012 and 11:33 PM on May 8 2012.

The vehicle was equipped with MapMyIndia’s vehicle tracking device, which logged the movements on the go, and provides irrefutable evidence of the accomplishment by the two drivers.

The two drivers started from Bengaluru and took in their stride Hoogli – Kolhapur – Pune-Mumbai- Ahmedabad-Jaipur-Delhi- Agra- Kanpur-Allhabad- Kolkata-Bhubaneswar- Visakhapatnam – Chennai and Vellore before arriving back in Bengaluru.

Once again, our heart congratulations to the two drivers for their phenomenal feat. You can read the complete story about the record run Here