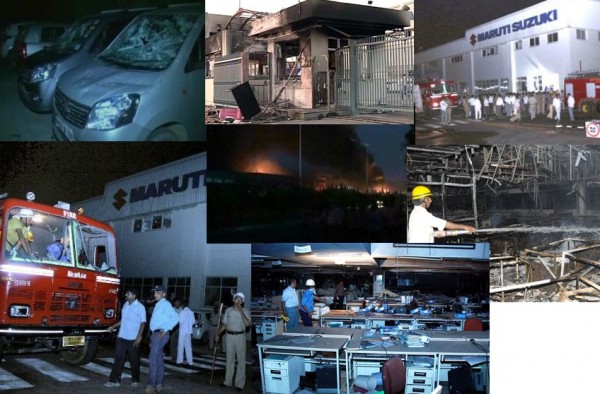 We have been closely following the developments resulting from Maruti Suzuki India Ltd. having to declare a lock-out at the Manesar plant on 21 July 2012 owing to the clash between the management staff and the workmen on 18th July 2012. The large scale violence was characterized by the unfortunate loss of life of General Manager, Mr. Awanish Kumar Dev, and 96 Supervisors and Managers receiving severe injuries. The auto manufacturer had stated that it could only start production when the safety and security of its managers, supervisors and workers could be ensured.

The police have arrested a few workers, including 12 Union leaders, and have started the legal processes to bring the guilty to book. More arrests may follow the police investigations, which are continuing.

The re-start of Production at the Manesar Plant would be gradual and will be taken up in phases.

The State government has decided to take a number of steps to enhance the security of MSIL employees. These include:

1) Setting up a Rapid Action Force of 500 police personnel headed by a senior police officer near the Manesar area. In each shift 100 of them will be in the Maruti Suzuki Manesar factory.

2) 40 Personal Security Officers (PSOs) have been provided for the safety of managers, supervisors, and where necessary the workers.

3) Security arrangements have been made at the residences of the employees.

MSIL has created a special force of 100 security guards, including ex-servicemen, at its Manesar Plant in addition to the existing security force, to enhance security.