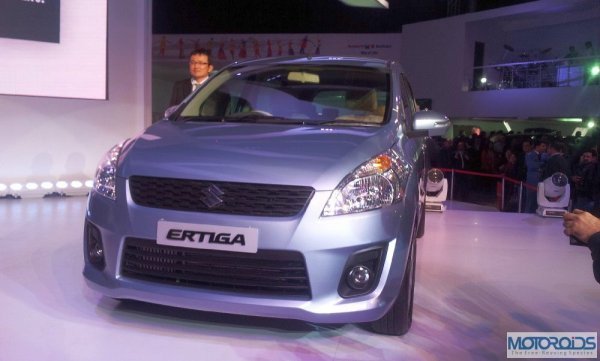 It seems like people are fast falling in LUV with the recently launched Maruti Suzuki Ertiga. In a development that hints at the big change in the market, the new Life Utiility Vehicle has received a record breaking 45000 bookings in little more than two months since it has been launched! Such is the effect of the new MPV that both fleet operators and families are crowding the Maruti Suzuki showrooms to have a look at the Ritz derived car. A large role here is being played by the very mouth watering price tag. In a country where value for money is decided by the amount of sheet metal you get for the money spent, the Ertiga makes quite a decent case for itself. Many car market watchers, who had been saying that the initial excitement for the new car was due to the hype that surrounds most Maruti vehicles and the Ertiga will manage to sell only around 3500-4000 units per month, have been proved wrong. Ertiga diesel seems to have been eating a fair bit into the sales of other and more established cars that are being bought by fleet operators. Ertiga ZDi commands a waiting period till March 2013!