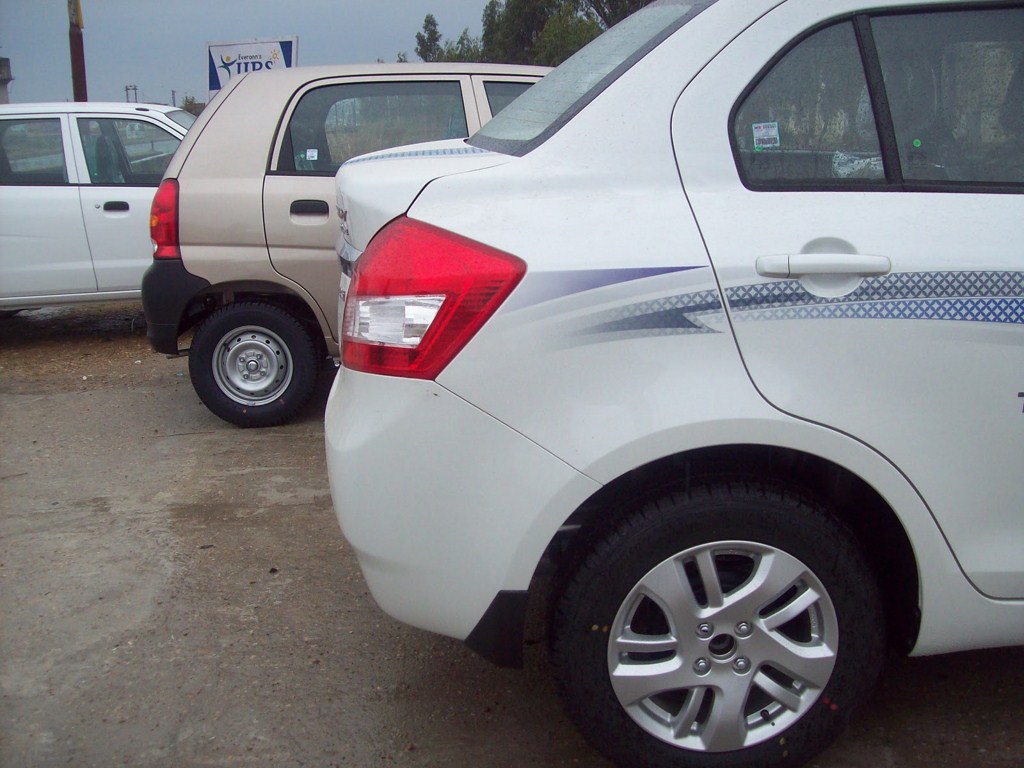 It is seldom that our sources in the industry go wrong but this is one of those times when they have been proved very inaccurate. We are a bit surprised but pleasantly so. Recently, we talked about Maruti planning to introduce the new Dzire compact sedan in mid 2012. However, the launch will happen as soon as next month! The most surprising bit is that the Dzire compact sedan (CS) will be launched before the Ertiga MPV. Another big surprise is that the news is that the petrol variant of new Dzire will come with an automatic tranny.It is the final surprise that has taken us and many auto journos off the guard. As per an official at Maruti Suzuki, the Dzire Compact Sedan will be priced a tad higher than the current Dzire-‘full sedan’ version of the last gen Swift. This simply means that the Dzire compact sedan might not see a starting price less than Rs.5 lakhs.

It is quite a confirmed news that the Dzire compact sedan will begin its innings in both petrol and diesel variants. Unsurprisingly (finally!), the car will come with the much publicized 1.2 litre K-series engine and the well sorted and very popular 1.3 litre Fiat Multijet oil burner.

Here is what Mr.Mayank Pareek, Maruti’s Managing Executive Officer  for Sales and Marketing, had to say,”We have invested a lot on the new DZire. It is on a brand new platform. There are at least 150 new features compared to the existing DZire and it is unlikely that the new one will be priced lesser. The company and its vendors have invested over Rs 230 crore for the model change. There is demand for the existing one and we will continue it for some specific variants for the commercial segment.”

We are eagerly waiting for the new Dzire to hit the market.