Home Mahindra Who Needs A Vanity When The Mahindra Bolero Can Be Fitted With A Toilet At The Back?

During the pandemic, we have come across many genius inventions and creations by our Indian public. These may or may not be related to automobiles. However, a recent innovation caught the attention of many and it is apt to describe it as ‘nature’s call.’ At least for the purpose with which it is built.

The limited number of toilets on our highways can often prove to be a problem during long trips. And the present coronavirus pandemic has made us aware of the importance of sanitation and cleanliness. Since public toilets are generally not up to decent hygiene standards in our country, hence, as a solution to the problem, we recently came across this quirky Mahindra Bolero MUV that has a built-in toilet at the back. 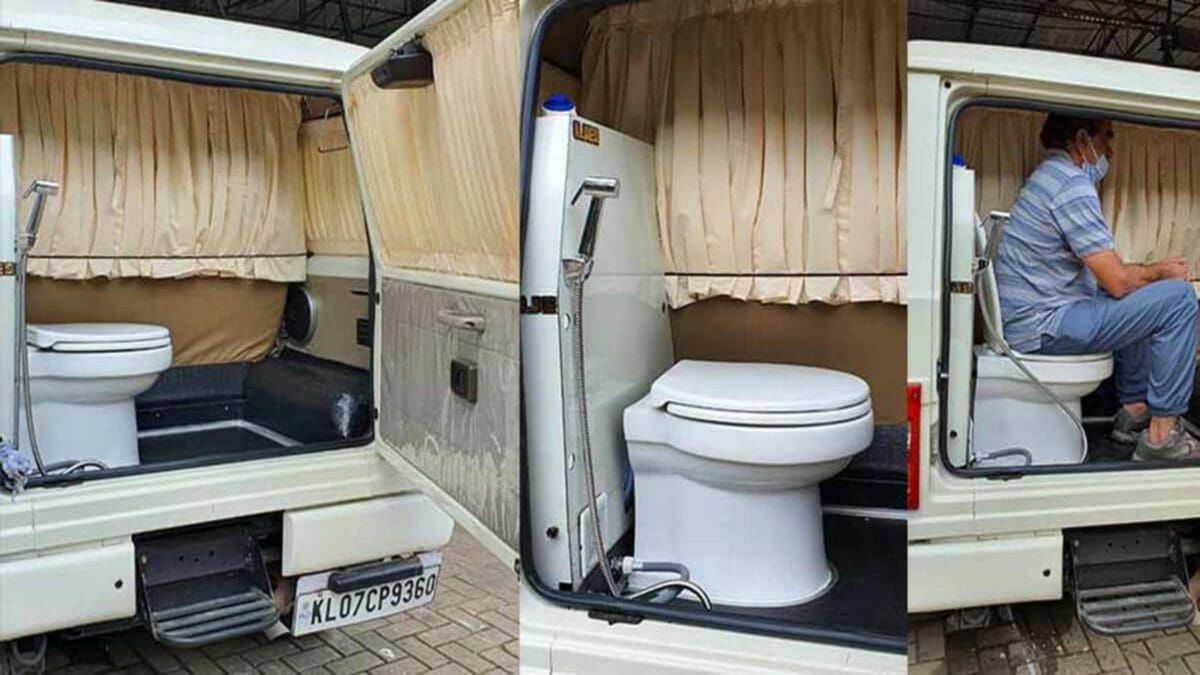 Ojes Automobiles, based out of Kerala is said to have made this modified Bolero. The company is into building coaches and caravans for South Indian actors namely Mammootty, Prithviraj and so on. For them, taking on such a humble project will be child’s play.  Ojes Automobiles are into coachbuilding and caravan customisation business. The modification has been incorporated without changing the structure of the vehicle in any way. Also, the cost of this job was about Rs 65,000.

Details of the setup

This modified Mahindra Bolero with a portable toilet comes with a flush control system which is touch-based. The third row of the Bolero has been completely removed to make space for the toilet. There is a 12V motor that draws its power from the vehicle battery to initiate the flush operation while it is fitted with two aluminum tanks, one for freshwater and one to carry away the wastewater. The last row windows are covered with opaque curtains.

A vacuum toilet, akin to the ones one might have experienced on aircrafts too can be fitted. There is a facility to add soaps, towels as well as sanitisers in the boot space. The tanks are made of GRP coated aluminium so that it lasts for years. This portable toilet is similar to the vacuum toilet one sees on aircrafts. 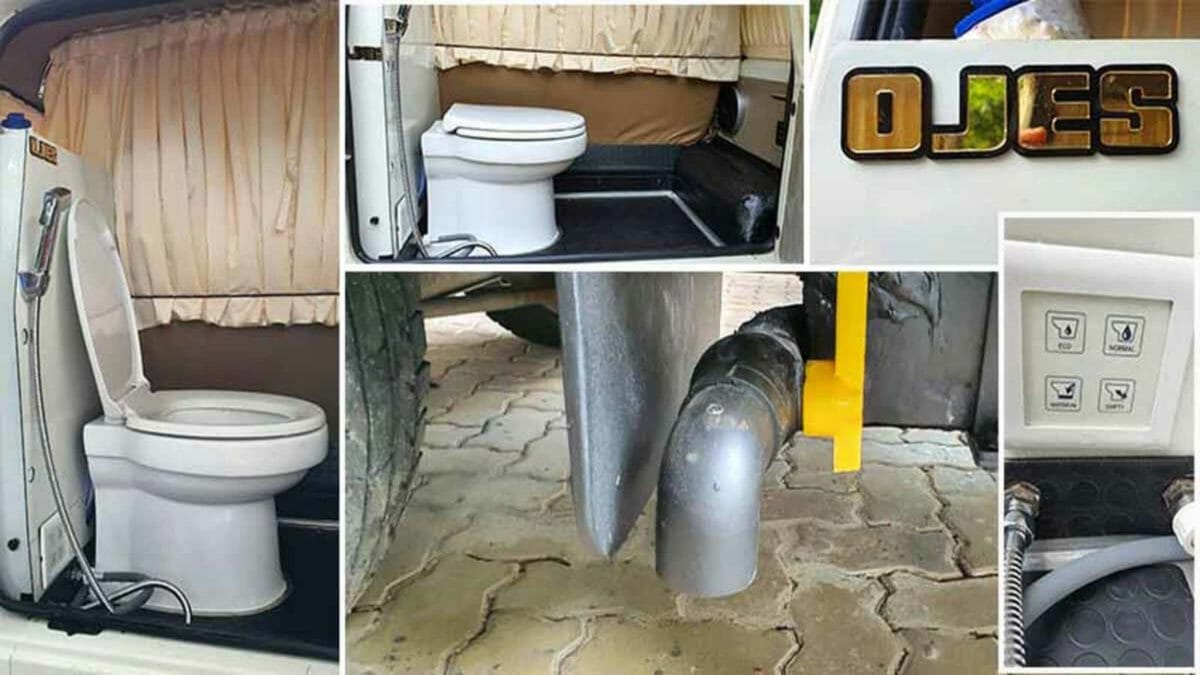 To our surprise, this is not the first of such customisations as Ojes Automobiles has installed similar toilets in the caravans of the aforementioned actors. The company states that the toilet can be installed in any vehicle that has a roof height of at least 40-inches from the floor. Also, the setup is modular and can be removed whenever one wants.

Ojes Automobiles is well versed in the modification of vehicles. The company is also into the business of coach-building and caravan customization. They also specialize in modifications such as ambulances, ATM vans and vanity vans along with mobile homes. All modifications are done without changing the structure and this sort of modification is so unique that it has even received accolades from none other than Anand Mahindra of the Mahindra Group. 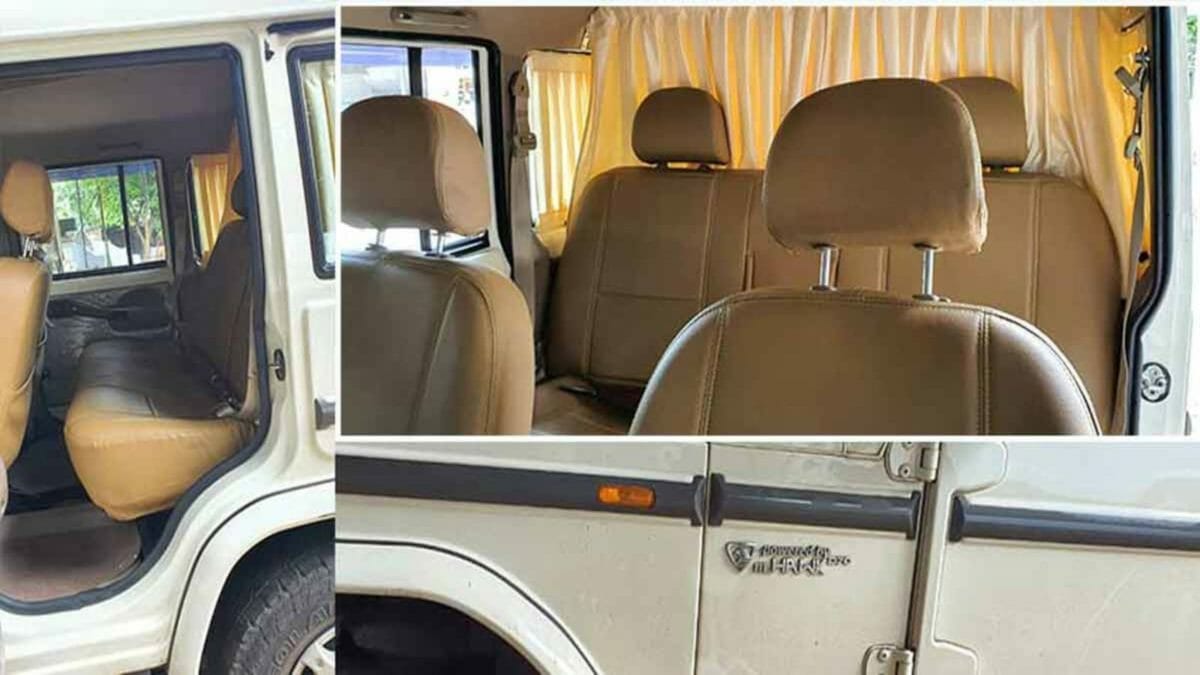 While this setup essentially limits the vehicle’s carrying capacity, the last row seats of the Bolero are as it is not very comfortable. Boot space too has been gone for a toss. We guess that’s a small price to pay for such a huge convenience during these times.