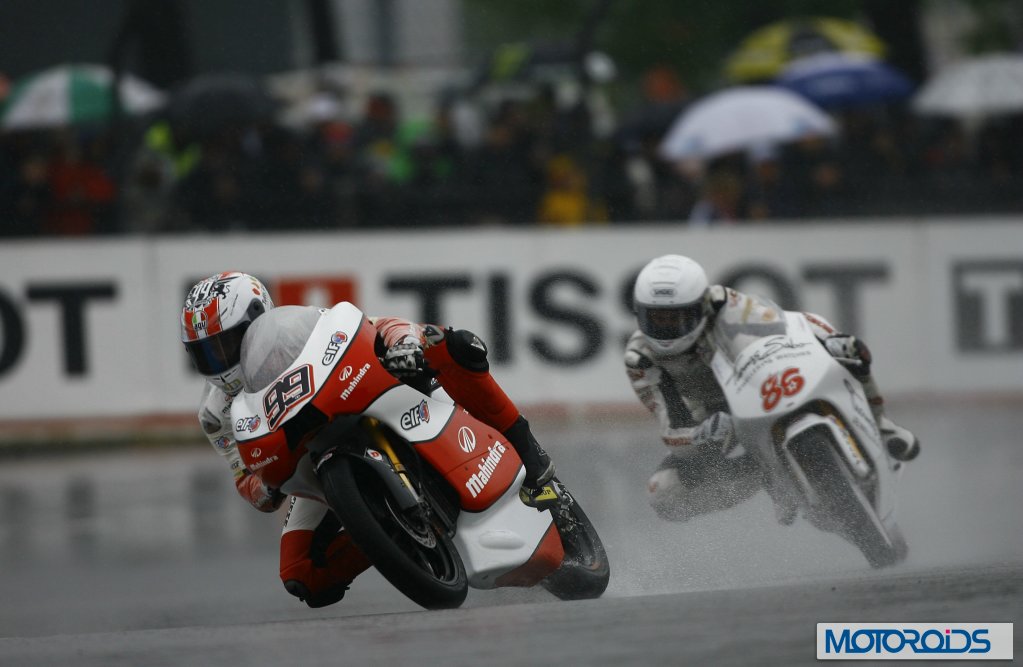 Mahindra Racing’s Marcel Schrötter claimed a determined 12th place in the French GP, soldiering on in conditions that saw falls for more than half of the 33 starters to take the first points for the all-new Mahindra MGP-30 Moto3 machine.

It was a cheering reward after a difficult weekend for the Indian team, race-developing two of only four independently made machines in a grid made up of fully-fledged over-the-counter production racers.

Marcel’s four points made up for Danny Webb’s disappointment. The 21-year-old Englishman had started from pit lane, and was picking his way forward through the spray and past the debris when he too fell victim to the slippery conditions.

Schrötter (19, from Germany) had started from the back of the grid after problems in qualifying, and knew he faced an uphill task. But he showed true grit as he battled sliding tyres and treacherous tarmac to bring the white-and-red machine home.

“It shows that you must never give up. We are working hard to develop this new machine and there is a lot of work to do. But if we all work together we can do it,” said Mahindra Racing COO Mufaddal Choonia. .

The race, fourth of 17 rounds, was won by French home hero Louis Rossi, survivor of a leading group that was ravaged by crashes.

MARCEL SCHRÖTTER – 12th Position
We had so many problems this weekend and the conditions were treacherous. Our engine is quite aggressive, making it more difficult in the wet. From the start, it was so difficult – so slippery you could hardly go round the corners. By the end I just wanted to finish, even if I lost positions. But it paid off, because so many other riders crashed, and I did finish and it is good to get points.

DANNY WEBB – Did Not Finish
I had a problem on the grid and had to start from pit lane … they’d already gone when I got going. I overtook one person and had quite a nice rhythm. I could see I was starting to catch Marcel, then I tried a little bit too hard, and the bike was down. We’ve had loads of problems this weekend, but we’ll keep trying and we’ll be alright.