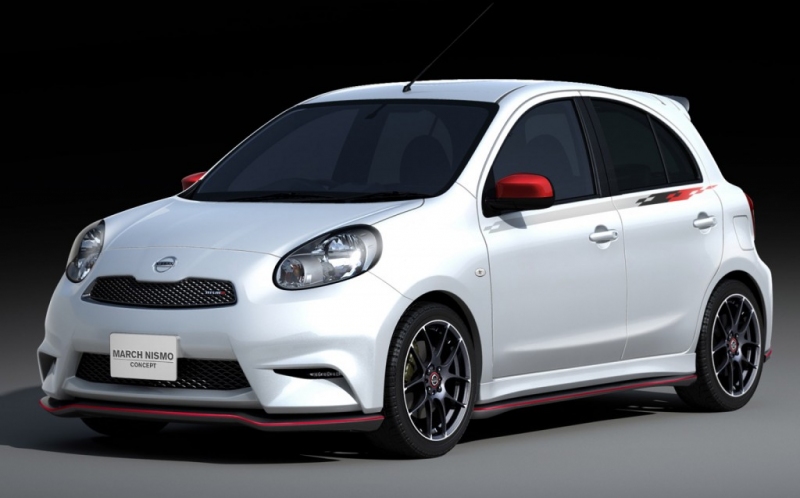 Gone are the days when the term performance car used to be associated with the biggies like the Skylines, prancing horses, Lotus Elises and the likes. Heck! Our own nation recently saw souped up VW Polos, race ready Etios hatchbacks and Suzuki engined track cars. Now, don’t be surprised if you soon come to know of the launch of something like Nissan Micra cup in India. One of the leading auto shows- Tokyo Auto Salon got kicked off today. The Auto Salon is very unlike the previously organized Tokyo Motor Show. The new show differs from the Tokyo Motor show as the Salon focuses mainly on car tuning accessories. Yeah, thoughts of Essen Motor Show and SEMA sure came to mind.One of the very first cars revealed at this new show set us excited and salivating on the prospects of it making into India.

We are talking about the unveiling of the concept Micra nismo. The souped up compact gets full Nismo treatment from the manufacturer’s sports division. We won’t be kidding you if we end up comparing this souped up hatchback with the likes of Volkswagen’s R and Skoda’s RS badged cars. This performance tuned Micra builds on the previously seen Nissan models like the Juke nismo.

There is not much that surfaced about the tuned mini car but if sources are to be believed there is much more to the car that can be seen.Talking about the looks, the new Micra nismo gets new low clearance bumpers, rear diffuser, new mesh grille, contrast-painted door mirrors , new black painted mag wheels and a few stickers thrown in.

It would be interesting to know more about this car as Nismo is more into performance upgrades then visual modifications. What will be more interesting to see is whether the Micra nismo cars ever come to the sub continent. Stay tuned. 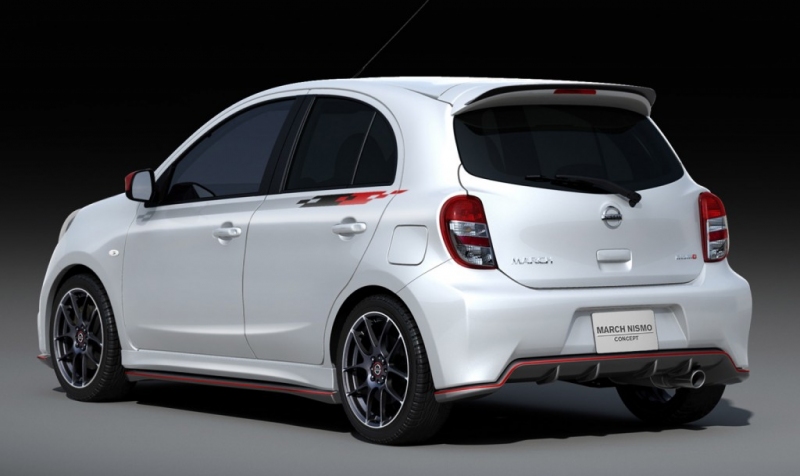