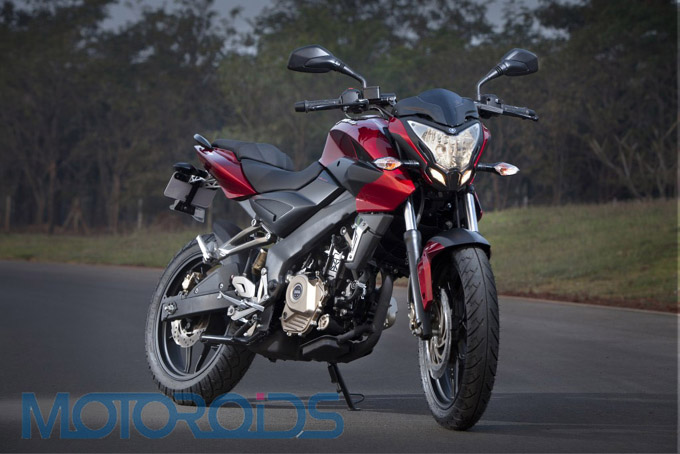 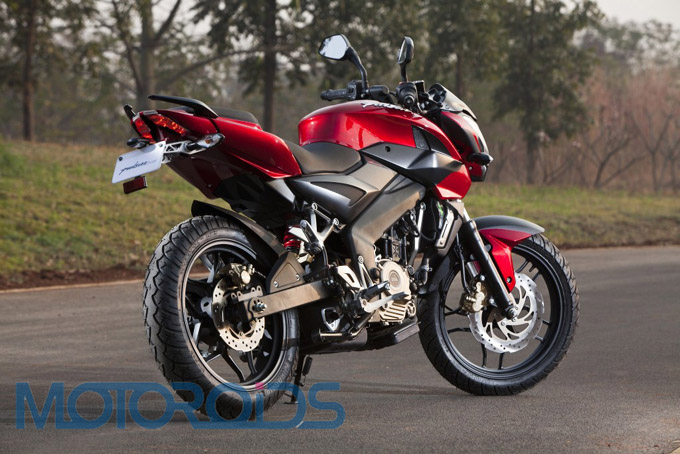 Okay, we’ve shown you the pictures and you’re probably still drooling and having a hard time holding your words back. The first look at the images probably made you use the ‘F’ word repeatedly and you probably called your friends and told them about it. We share your emotions and this bike is a BAAAAAD BOY. The head light looks like it’s a decepticon’s face straight out of the Transformers flick. The two split parking lights integrated into the headlight are pure evil and this my friend’s is not going to blend into the Indian traffic. The tank is all new(finally) that looks like a well chiseled and polished sculpture. It has air ducts on the side and looks great with the two tone paint scheme. The rear suspension is a gas charged mono shock and the new disc brakes look similar to soft petal discs. The frame is brand new and probably shares its roots with superbike frames. The front and rear foot pegs, the engine covers, the fuel filler cap, the side indicators, the exhaust and all the other tiny details(which we will talk more about later)look perfect and follow a design harmony. Harmony? Let me rephrase, they all blend into this alien eyed shark! The tail is new and looks a little similar to the tail we saw on the Pulsar 135. The rear number plate holder is also similar to the pulsar 135 but our favorite part of the pulsar – the two led strips for tail lamps are still there and they have meaner angles. The grab rails are more prominent on this bike and the split seats are much better looking. The seats are well designed and crafted and remind us of the KTM seats. After an overall look, the bike looks like the Honda CB1000R and in a different situation we would probably ask why but right now, we’re just letting the new bike sink in. Its ages away from the first pulsar which was definitely male. If that was male then this is the ALPHA male. So far, Bajaj has announced that this bike will have a 200cc power plant that churns out 23.5ps and will run on 3 spark plugs. Will it be called the Tri-spark then? Bajaj has said that they are calling it the Pulsar 200 NS. More on its styling and performance coming up soon.