Home KTM SPIED: KTM 390 Adventure Goes For A Ride With A Pillion

Recently, we saw the first photographs of a near production ready KTM 390 Adventure. The motorcycle is currently being tested in Europe and the production spec model will most likely be unveiled at the 2018 EICMA motorcycle show, along with the 790 Adventure R. Meanwhile, we stumbled upon two new sets of spy images of the KTM 390 Adventure, courtesy motoring portal MoreBikes. In the first set of photographs, the motorcycle is being tested with a pillion rider. The second set of photographs reveal a test mule which is equipped with a luggage rack. 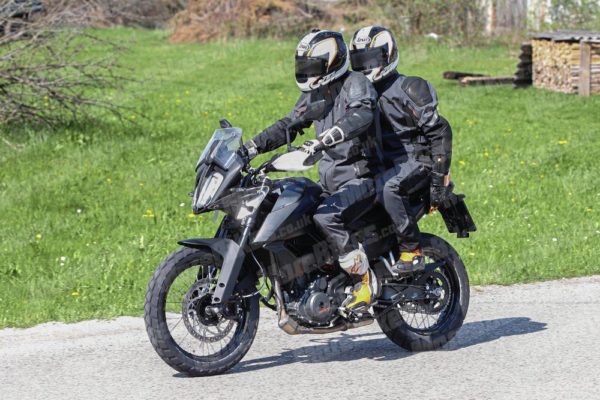 As seen in the photographs, the pillion seat appears to be long enough to accommodate a adult comfortably. The motorcycle is made for the long haul and thus having a comfortable saddle is essential. However, the pillion (and rider) seems to be someone who works out six days a week and follows a strict diet plan to keep his weight in check. We’re not sure how comfortable will the saddle be for someone whose definition of a six-pack revolves around a specific beverage. Another interesting bit in the photographs is the space for the pillion to hold the motorcycle. Instead of a conventional pillion grab rail, the KTM 390 Adventure is seen with a rear-panel integrated grip. Interestingly, the second set of photographs have something that looks more practical. 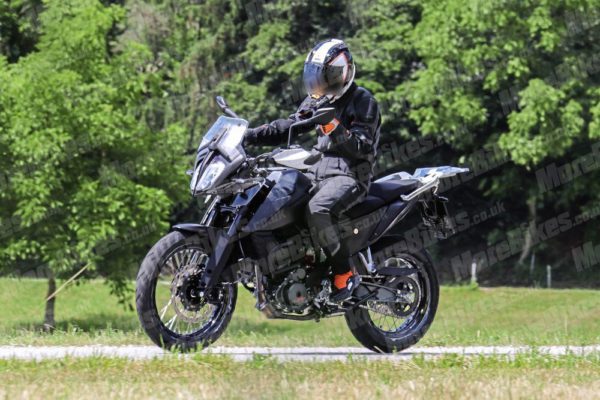 The second set of images capture a test mule with a luggage rack which doubles up as a (better) pillion grab rail. We’re not sure if that will come as standard, but given that the test mule rocks all the basic accessories, it wouldn’t be a surprise if we see a factory installed luggage rack/pillion grab rail on the 390 Adventure. Its rivals, the Royal Enfield Himalayan and the upcoming BMW come equipped with a rear luggage rack as standard and the KTM adventure tourer is not likely to be any different. 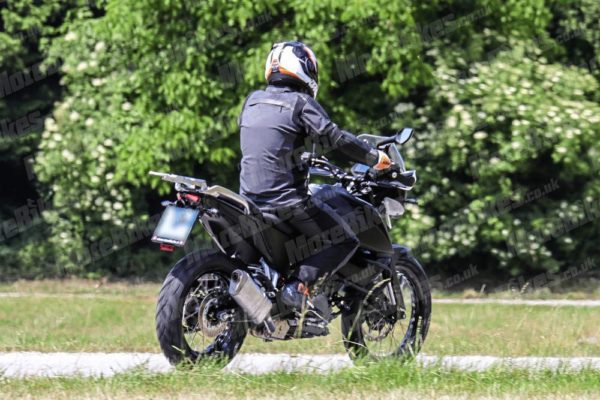 However, we still don’t see a bash plate, or even a fibre cover to protect the engine and the exhaust pipe. Check out more images of the KTM 390 Adventure through the gallery below.