Home News JLR might set up a manufacturing facility in India 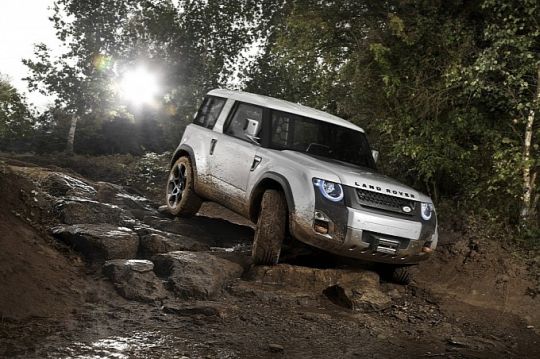 Tata owned Jaguar Land Rover (JLR) is exploring the possibility of putting up a manufacturing plant in India and the group has launched the feasibility study regarding the same. The probable Indian plant will be mainly put to use to churn out the upcoming gen of Defender. The proposed plant might be installed by as early as mid 2015 and would have an annual capacity of 30,000 to 40,000 vehicles and 50,000 engines.

A 2.0 Litre I4D (In-Line 4-Cylinder Turbocharged Diesel) motor is expected to power the next gen Defender and the engine, in all probability, will be manufactured along the vehicle body at the Indian plant.

Economic Times recently reported people close to the industry saying, “JLR is very keen to set up a base. Different teams of the project L660 (the next generation Defender) have visited India several times. They are keen to use this as an export hub with almost 60-80 per cent (of the output) to be shipped to overseas market”. However, an official spokesperson denied to comment on this, as the statement goes: “We are now in a ‘closed’ period ahead of the Tata Motors earnings announcement on the May 29. I, therefore, cannot comment on your points”.

Mr. V.G. Ramkrishnan, Senior Director, Automotive Practice, Frost and Sullivan, said: “Demand is growing in the emerging markets and it makes sense for even premium carmakers to look at India as a base. They can definitely leverage from Tata Motors’ strength in the country, but the challenge will lie in getting the vendor base to the quality standards of the UK and international markets, for which it will have to invest money”.