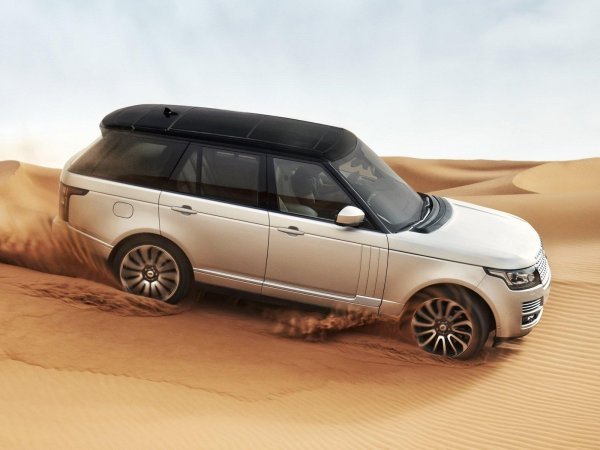 Tata owned Jaguar Land Rover has announced that it has invested £370 million to upgrade its UK manufacturing facilities and increase productivity as it prepares to launch the all-new Range Rover in 170 countries around the world.

Inaugural sales of the fourth-generation Range Rover will begin this month and this will be followed by a three-year engineering project that will support 1,000 jobs in design, product development and manufacturing at Jaguar Land Rover.

Dr. Ralf Speth, Jaguar Land Rover Chief Executive Officer, said: “This outstanding new Range Rover symbolises our commitment to investing in Britain and exporting around the world, delivering class-leading performance, agility, quality and luxury in a model that enjoys iconic status in almost every market. As the UK’s leading automotive investor in R&D we are proud of the work that has gone into developing the new technologies and innovations to make the new Range Rover possible. Through a £370m investment in our manufacturing facilities we have been able to build the world’s first SUV with lightweight all-aluminium construction, a car that is 20% lighter, with fuel consumption and carbon dioxide emissions reduced by 22%.”

As part of the £370 million investment package, Jaguar Land Rover has installed a new aluminium body shop for the latest Range Rover at the company’s Solihull plant, near Birmingham, along with upgrades to paint-applications technologies, trim assembly, warehousing and Jaguar Land Rover’s first customer handover centre.

“Jaguar Land Rover is firing on all cylinders, generating export revenues of close to £8 billion a year as we meet demand for a model-range that justifies continued expansion in our UK facilities and elsewhere,” added Dr Speth.

Customers will begin taking delivery of the new vehicles in early 2013, some 40 years after the first Range Rover was unveiled.

As part of its recent expansion, Jaguar Land Rover has:

•         moved to 24-hour production at Halewood on Merseyside to meet demand for the Range Rover Evoque;

•         signed a joint venture agreement with the aim of launching manufacturing in China, subject to regulation approval.

The market launch schedule for the new Range Rover will be announced in the coming months. Full technical specification and pricing will be released ahead of the Paris international motor show this month.