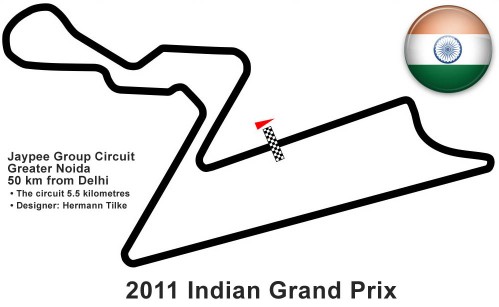 India’s first ever Formula 1 Fan Club named as ‘Pebble Street’ is readying itself for some ‘high performance’ action up ahead.  F1 Grand Prix at Buddh International Circuit, Greater Noida is making car racing enthusiasts breathless for all the adrenaline filled action scheduled to take place soon.

The Pebble Street fan Club at New Friends Colony, Delhi will be following their favorite F1 racing personalities during the events they have planned to be held around the circuits.  The club which was founded way back in 1996 has been busy keeping a track on all the action of GP events all over the globe.  The club is keeping its dates free to follow F1 and will be teaming up to catch up with all the action.

Mr. Amit Wadhwa who has been a regular member of the club since its inception in the year 1996 said that each member would be going through the motions as if it was them and not the car racers who were in the drivers seats of the formula 1 cars.  Great food and nice drinks have been planned to make sure that the race weekend is both enjoyed and talked about together.