Home Hyundai Hyundai to enter 2013 WRC with i20 hatchback 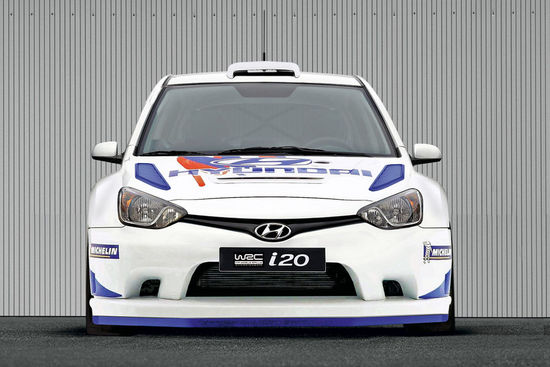 Does not really matters how big a fanboy I am for Japanese cars, I agree that popular Korean car maker Hyundai has certainly come of age. Speaking from personal experience, the very people who used to refer to Hyundai cars as “Korean C**p” have now brought Hyundai models themselves (no, I still do not drive a Hyundai!). Now, if you ever had a doubt on i20’s prowess, this news should help you put those fears to rest. The Korean carmaker will use the i20 hatchback in the 2013 World Rally Championship. As is obvious, the rally spec i20, whose details haven’t been made public yet, will be a highly tuned variant of the road going version but this doesn’t means that the production car is not a well sorted out machine.

It may be noted that Hyundai has previously participated in the popular WRC series from 2000 to 2003 but had to withdraw owing to lack of enough success. It may be noted that the i20 locks horns with popular German car VW Polo in the Indian market and this fight is on its way to the WRC scene as Volkswagen will employ its Polo hatchback at the popular rally.

The rally spec Polo, which is being called Polo-R, sports a 1.6 Litre turbo charged, direct injection gasoline motor that pumps out 295 Bhp of peak power output. We expect similar power output from the Korean manufacturer’s WRC car. Watch out for this space.