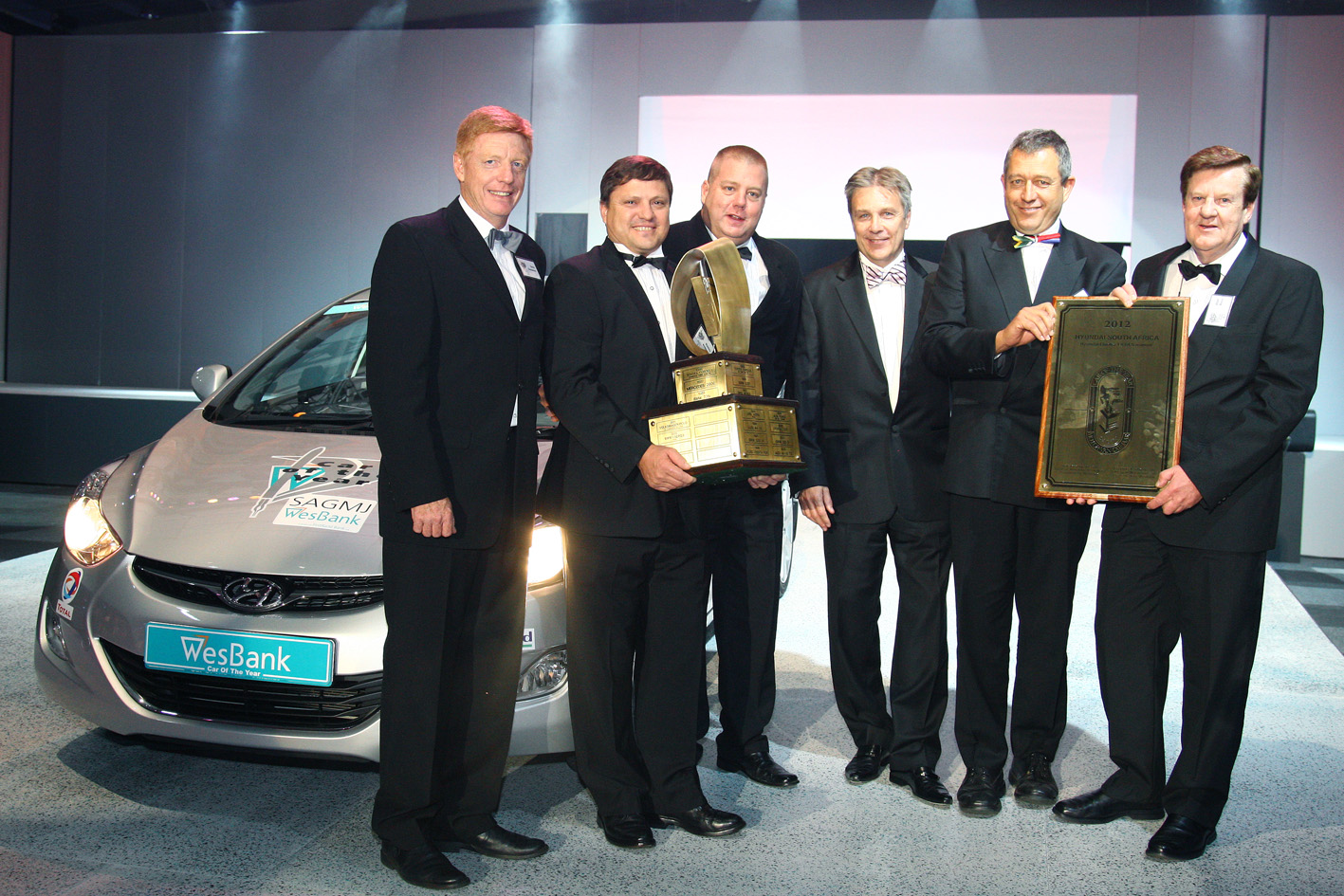 The new Elantra has been getting a lot of praise at many corners on the world. Our friends at the west say that the new Korean sedan is almost at par with the Jap biggies. It may be noted that in January, at the Detroit Motor Show, the Elantra was also announced as the North American Car of the Year, and it also won the overall prize in the Canadian Car of the Year competition.Adding yet another feather in the cap of the Hyundai Elantra 1.8 GLS, South African Guild of Motoring Journalists and WesBank has awarded the Car of the Year prize 2012 to the new Elantra. Also, South Africa’s CAR Magazine named the Elantra as the Best Compact Saloon in their Top 12 Best Buys for 2012, and in their latest edition the topCar magazine chose the Elantra as their Best Compact Sedan in their Best Buy edition for 2012.

This is the first time that a Korean car has been awarded the South African Car of the Year prize. However, the Sonata and the i20 were among the finalists in the 2010 Car of the Year competition.“We are extremely proud of the recognition that a world-class product such as the Hyundai Elantra has received from the South African Guild of Motoring Journalists. This award, and the fact that we had no less than two finalists in the previous competition, is confirmation of the giant strides that the Hyundai brand has made locally and globally. It is also recognition of the quality and emotional appeal that the Hyundai products have developed as part of the brand’s ‘Modern Premium’ strategy.” said Alan Ross, managing director of Hyundai Automotive South Africa, after receiving the Car of the Year trophy.

The new Elantra was launched at South African in August 2011 and since then, the new Elantra has been a leader in its segment. We so want this car to soon come to India. Rest assured, the car is surely a looker.