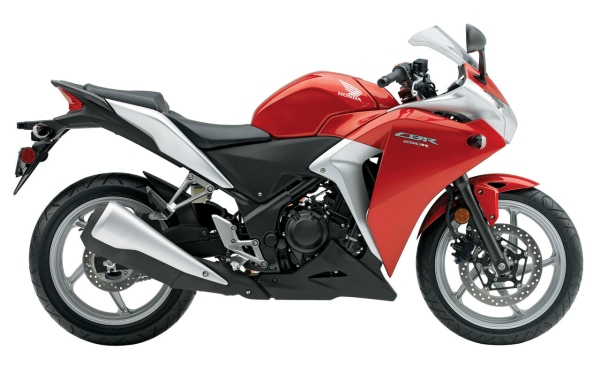 Honda Motorcycles and Scooters India has become even more aggressive after it parted ways with its Indian partner, Hero Motors. The company is now planning to go the whole distance and launch a product in the heart of the Indian two-wheeler market – a low cost 100cc, no-frills commuter motorcycle. The new motorcycle, which hasn’t been unveiled yet is expected to be the biggest hit at the Honda exhibit area during the 2012 Delhi Expo.

While there would be this new 100cc bike to keep the commuters happy, on the other end of the spectrum, the rumors are on about an all new 650c CBR which Honda has prepared to take on the likes of the Ninja 650R and the Hyosung GT 650 series bikes of the world. Now this new bike would sure be the star attraction among all the bike exhibits at the Expo.

The hot selling CBR 250R will also share space with its bigger sibling. Honda will also bring its imported range of performance bikes to the Expo. The CB1000R, the VFR1200 and the Fireblade will all be there for you to feat your eyes.

Rely on us to bring you the pictures and details of all these bike first on Motoroids.