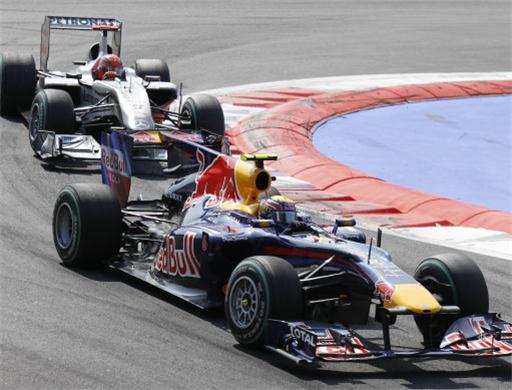 Only one race held in the 2012 season, and the F1 world is buzzing with the activity. Only sometime back, the world talked about the new F-duct controversy and now Mercedes decides to give some sleepless nights to Red Bull. Mercedes’ Ross Brawn has said that he has felt that Red Bull questioning Merc was a diversionary tactic from Red Bull to steer eyes away from its new aerodynamic concept aboard the W03.“The discussion about our system has diverted the focus from the exhaust issue,” he said in Australia.

Germany’s Bild newspaper reports that team Mercedes thinks that team Red Bull is bending the rules. This report said that Mercedes’ sound analysis shows that Red Bull is making use of an “illegal engine trick” that seems to involves a mechanism that is being used to turn on and off individual cylinders. Mercedes’ competition vice-president Norbert Haug said,“There is no official protest by us. But there are some questions that we are asking the FIA.” On this, Red Bull’s Dr Helmut Marko says, “No one will find anything. We comply with the rules.”