Home Ford Ford India to use 80% localization for EcoSport 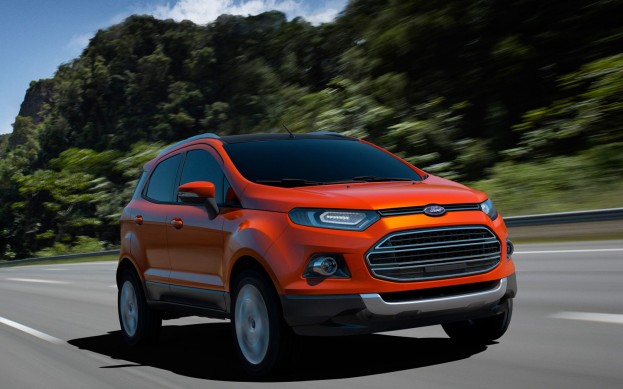 Only a few days back, we reported that the Ford Ecosport, which was slated for Indian launch early next year, might greet us earlier towards the end of this year. Thanks to the recently launched Renault Duster mini crossover getting an overwhelming response from the market, rumours started floating that the Ford India will launch the Ecosport earlier towards the end of this year. Now, the Duster, whose base model retails at about INR 7 lakhs, will be a direct rival to the EcoSport crossover and hence, Ford India needs to price its mini crossover very competitively. Ford India would be employing 80% localization to keep the selling price of the EcoSport under check. Power plant options for the EcoSport will be the very popular 1 liter, 3 cylinder EcoBoost Turbo petrol engine and the turbo diesel 1.5 Liter engine that powers the new Fiesta.

It may be noted that both the Ford Classic and Figo have been success stories for Ford India and one of the key factors that amounted to this success is very value for money proposition these cars offer. The EcoSport might be the next big thing for Ford and now, with the Renault Duster already having entered the market, Ford India needs to play the pricing game for EcoSport even more carefully.