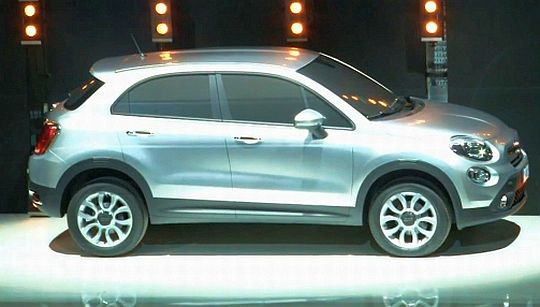 Come Ford Ecosport and the Indian car market’s mini SUV scene will heat up to new levels. This is saying a lot as thanks to the recently launched Renault Duster, the Compact SUV scene in India is already looking as hot as Eva Longoria.

At world scale, various car markets are looking all set to be greeted with many more of such vehicles in very near future. We recently reported in detail about the upcoming Volkswagen Polo Crossover and now, Fiat too is looking ready to lock horns with Ecosport, Renault Duster and the likes.

Regulars here will remember that Fiat launched the 500L sometime back and we were one of the first to report on the possibility of a 500 X- the Crossover version. Now, it is confirmed that the 500X is being developed and will debut in late 2013. Like the 500, the 500X will be based on the Punto platform.

The 500X is going to be wider than the Punto and should replace the current generation of Fiat Sedici aka the Suzuki SX4. The Fiat 500X will be 4.2 meters long and will come with both petrol and diesel engines. While the diesel motor will be the 1.3 liter multijet, 900cc Multiair and 1.4 liter turbo petrol motors should be the petrol engines on offer.

It is not sure if this car will come to India but going by the premium image of the 500 hatchback and the fast growing mii crossover market, the 500X sure makes sense. A Polo Crossover and a Punto Crossover, sounds interesting. No?