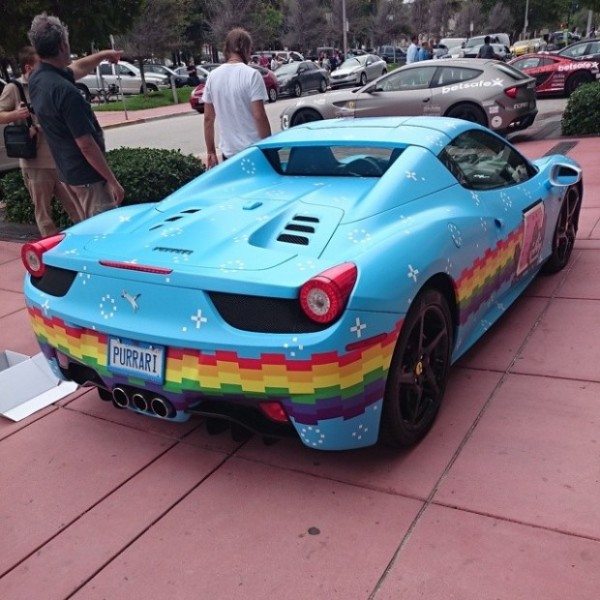 For those who don’t know, let us help you with the introductions. Joel Thomas Zimmerman, better known by his stage name deadmau5 (pronounced “dead mouse”), is a Canadian progressive-house music producer and performer from Toronto, Ontario. Lawyers representing Ferrari have sent him a Cease and Desist letter, asking him to remove certain wacky customisations on his Ferrari 458, which has been renamed as the ‘Purrari’. 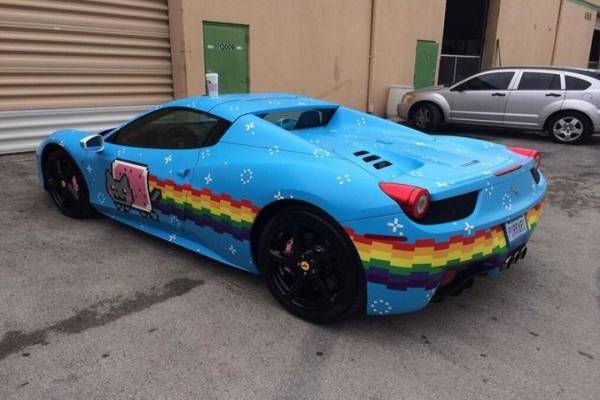 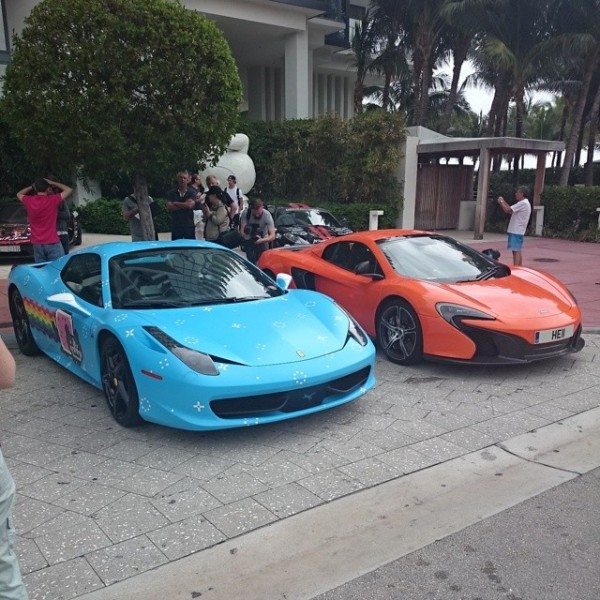 Zimmerman had wrapped his Ferrari 458 Spider in a Nyan Cat theme, the name of a YouTube video, uploaded in April 2011, which became an Internet meme. The video merged a Japanese pop song with an animated cartoon cat with the body of a Pop-Tart, flying through space, and leaving a rainbow trail behind it. Apart from the wrap, the prancing horse on the car was replaced by a prancing cat in addition to custom floor-mats and custom ‘Purrari’ badging. So Joel has now removed the wrap and the car has gone back to its original white paint. In the meanwhile, he got himself a new McLaren 650 S spider.