Home News Everything You Need To Know About Renault Scala. Launch Today!! 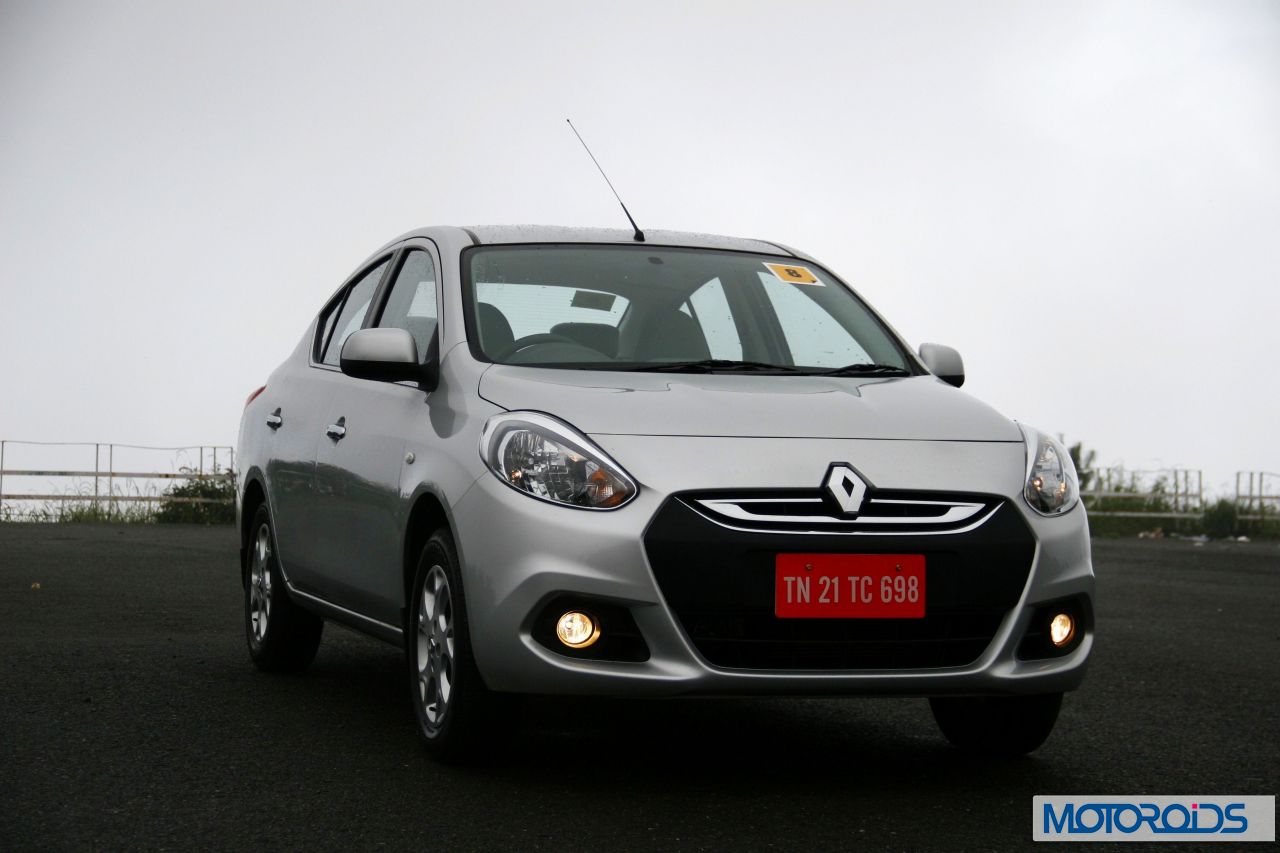 As many of you might be aware, Renault and Nissan are present in an alliance in the Indian car market. Without getting into the details of this coalition, it would be safe to say that the two car manufacturers have been benefitting by platform and component sharing. Renault currently sells the Pulse hatchback, Duster compact crossover, Fluence D segment sedan and the Koleos SUV in Indian car market. Out of all these, it is the recently launched Duster and the diesel version of Pulse hatchback that are responsible for a large portion of total car sales by Renault India. Pulse is heavily based on the Nissan Micra, which too is an important car for Nissan India. Basically, the Pulse is the Micra plus a sportier front fascia and a higher price tag. Now, soon after launching the much publicised Duster, which is almost flying out of showrooms, Renault India is close to adding a new weapon to its arsenal. The upcoming launch from the Indian subsidiary of the European auto maker is the Scala entry level midsize sedan. It is a little known fact in the country that the Sunny and Scala brand names have been related since the time of Renault Samsung SM3, which came out in 2002 and is still in production.

To be manufactured at Nissan’s Oragadam plant near Chennai, the Scala is very similar to the Sunny sedan, except for a few changes on the outside. The powertrain, the mechanicals, the interior, everything is the same as the Sunny. The car will be powered by a the same 1.5 liter petrol and diesel engines that power the Sunny. Both powertrains would initially be available with a five speed transmission. However, Renault has also come up with a CT transmission for Scala. This is the same gearbox that Nissan has been testing for its Sunny and should launch it within a month’s time.

The car will be launched today and the test drive vehicles have already arrived at some of the Renault showrooms. Now that the Duster has been launched, the launch of Scala has to happen soon for Renault to continue with its onslaught of new offerings.  The Scala will be the fifth product from Renault for India in addition to the currently sold Pulse, Fluence and Koleos and the recently launched Duster.

Nissan Sunny vs Renault Scala: Which one would you buy?

As expected, the Scala is very similar to the Nissan Sunny and the only difference one would spot on first glance will be an all new front fascia with a typical Renault beard, a new set of fog lamps and revised headlights. As with the Pulse, the new treatment to front end infuses a considerable spottiness to the car. Suddenly, I have started dreaming of front spoiler and side skirts for this car. The chrome plated grille enhances the visual appeal of the new fascia. In side profile, the car is very much the similar to the Sunny and the only difference is the new design of alloy wheels. Back at rear, the car gets a chrome strip running along the width of the boot lid. Yet another significant change is the new design motif for the tail lamps. The rear also gets a revised and a sportier bumper. On the inside, the car continues to bear a close resemblance to Sunny and the parent car’s traditional strengths of good interior space and decent quality of materials are present inside the Scala too. The new sedan borrows the engine options from the Sunny and hence, motors on offer continue to be the tried and tested 1.5-litre oil burner and the 1.5-litre petrol motor for the enthusiasts. Renault is also offering an option of a CVT transmission with their upcoming sedan. The Scala will become the first car in its segment to come with an option of a CVT transmission and our belief that the Indian car market is slowly but surely warming up to automatic transmissions has been further strengthened.

As with the Pulse and the Micra, the Scala will be priced a little higher than the Sunny and it remains to be seen if the buyers would wish to pay more for a sportier looking version of the Sunny and a badge that belongs to a reputed European car manufacturer. Other than this, it will be also interesting to see whether or not the success of Duster rubs off on to the Scala.