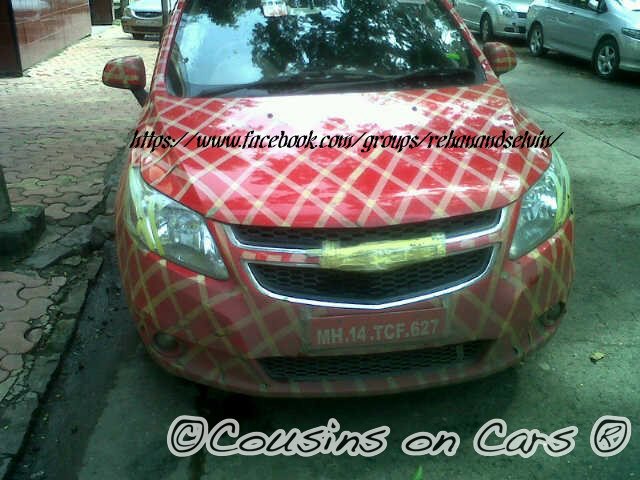 We have lost count of the number of times Sail UVA has been seen in and around Mumbai. Well, the Sail hatchback has been caught testing in the financial capital again. General Motors have had stated that they will launch the new hatchback in the third quarter of this year and looking at the way things are progressing, it seems the Sail UVA is very close to entering the market. As is obvious, the Sail hatchback and sedan will replace the ‘not so popular’ Aveo sibling. It may be noted that thanks to an unexciting styling and lack of an oil burner, the Aveo siblings could never manage to do well in the country. While the styling continues to remain understated and quite boring on the replacement models, the 1.3 Fiat Multijet- our national diesel engine- should make life a lot easier for the Sail sisters. 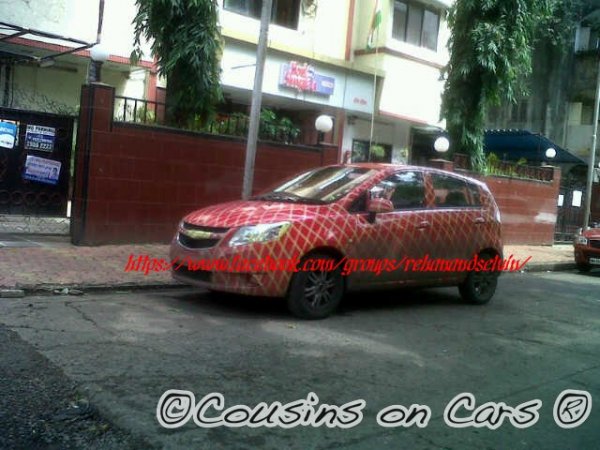 GM had played safe with the Aveo’s styling, a tad too safe to battle with the Suzuki Swift and the likes. While the Sail is not much ahead in the styling department, I have to admit that it does looks a generation ahead of the Aveo. Upfront, the car’s hood lacks any eye catching surfacing or detail and similar lack of interest may be found for the ordinary looking air dam. What makes the front look fresh has to be the grille. The headlights again make the fascia look neat without having to be boringly rectangular. Coming to the side, the bland surfaces continue and the car can really do with blacked out B pillar to make it look a tad sophisticated. The Rear end, with somewhat ‘Puntoish’ vertically stacked lamps and the beefy bumper with integrated reflectors finally provide some visual relief.

Overall, the Sail is a neat design but nothing ground breaking here. 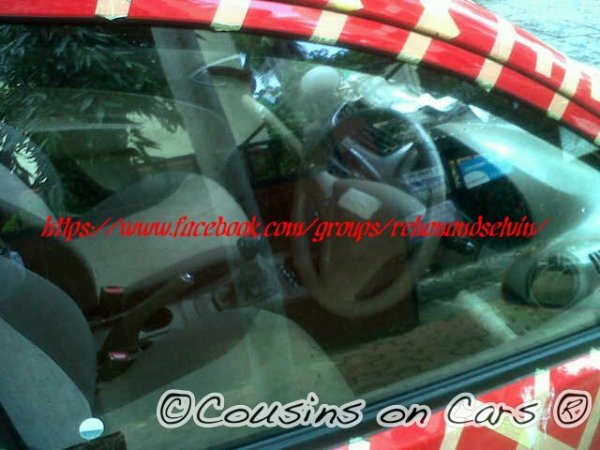 The dash on the Sail has a hint of Opel cars of the yore with the 3 spoke steering wheel giving the interiors a somewhat sporty appearance. The fuel tank has been pushed to the centre of the car and looking at the short overhangs and high roofline, expect Sail to follow Aveo’s footsteps and offer good interior space and ergonomics.

The Sail will have GM India’s Smartech engine which also powers the smaller Beat. Powering the diesel variant of the car would be the very well known 1.3 liter Multijet diesel sourced from Fiat. 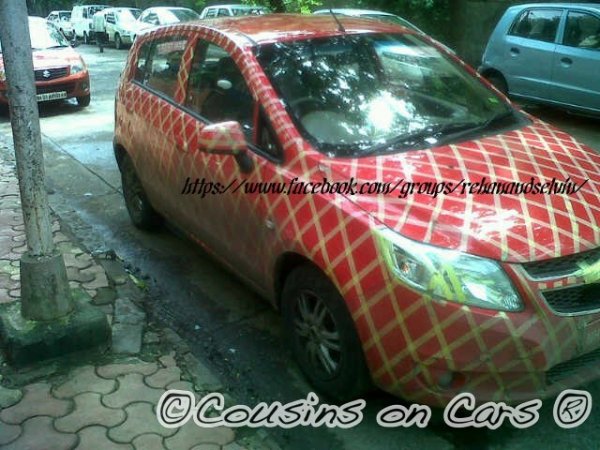