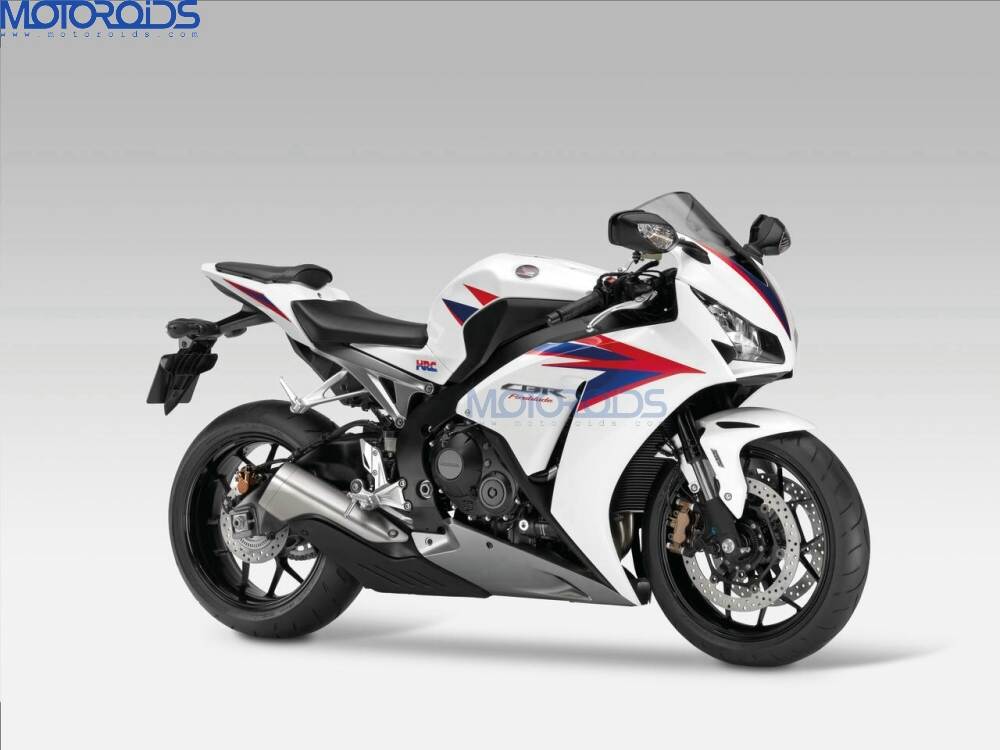 The CBR1000RR is celebrating its 20 years since it was first launched at the CBR900RR in 1991. Unfortunately, even while celebrating its landmark 20th anniversary, the 2012 CBR1000RR doesn’t see any revolutionary changes coming in. Most of the changes are mild and powertrain has largely been left untouched. Here’s what the 2012 Blade’s got in store for you.

New nose, layered main fairing and a tail section bring a more aggressive and a dynamic look to the 2012 CBR1000RR.

New fuel injection settings for the 999cc inline-4 engine, make it even smoother and easier to use, particularly at smaller throttle openings.

On hand to unveil the new machine to race fans were John McGuinness, racing at Le Mans for the Honda TT Legends Team, and Jonathan Rea, rider for the Castrol Honda Team in the World Superbike Championship.

John McGuinness, winner of 17 races at the Isle of Man TT, commented:

“I’ve got a real soft spot for the Fireblade. I’ve ridden it in many different racing events over the years and had a lot of success with it. In fact, some of the most memorable moments of my career have been on the Fireblade – from TT wins to this year in the World Endurance Championship. Unveiling the new model here at Le Mans is pretty exciting and I’m honoured that I was chosen to do it. It’s great that all the thousands of racing and Fireblade fans around the world will now have the chance to see it for real.”

“I feel like I have grown up with the Fireblade. It’s such an iconic machine and it’s an unbelievable feeling being the man to actually reveal the latest version. It really looks fantastic and I can’t wait to get my hands on it.”

“This is a model allowing all super sports bike lovers, including the most experienced, to savour the joy of owning the CBR1000RR Fireblade, while at the same time feeling more fun in sporty riding and more joy of riding than ever before, whether it be on winding roads or at a circuit.”