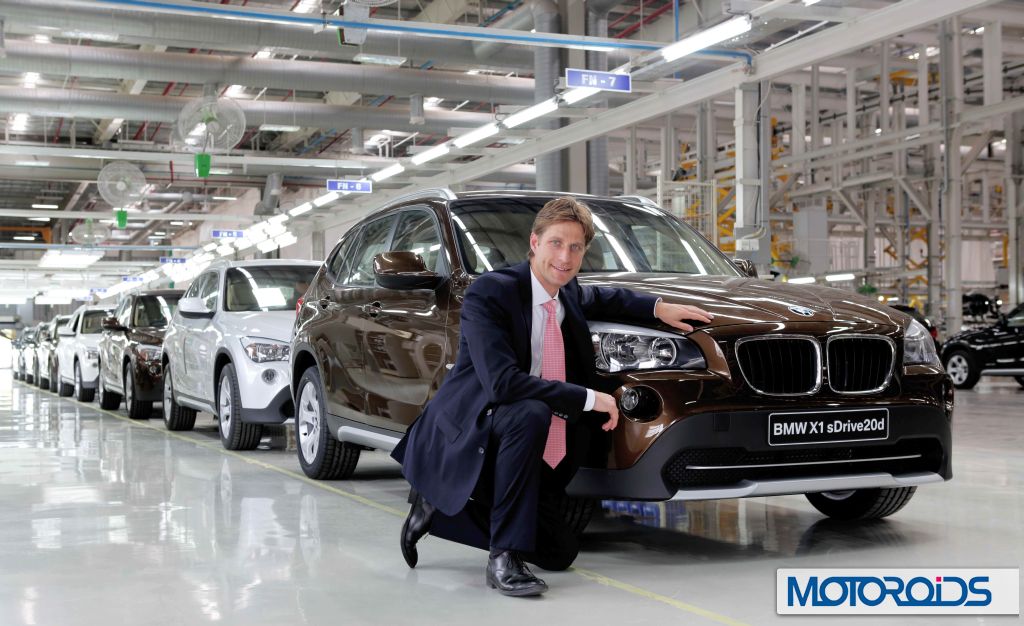 BMW India rolled out the 25000th car from their Chennai plant today. The car, an X1 sDrive 20d was personally sent off the plant by Juergen Eder, Managing Director at BMW’s Chennai plant.

Mr.Eder, speaking at the occasion said “It has taken us less than six years to achieve this milestone and I would like to congratulate the team at BMW Plant Chennai for contributing to the continuous growth in production with highest quality standards.”

Dr. Andreas Schaaf, President, BMW India said, “BMW India continues its success story in 2012 by maintaining its momentum in the leadership position in Indian luxury car segment. We understand the Indian luxury consumer and are confident of maintaining our Number One position in the luxury car segment with an emotional and exciting product portfolio, innovative services and strong customer affinity towards the BMW brand.”

BMW has managed to sell 9371 to customers in 2012. However, Audi is inching closer to the market leader with every passing month, especially after the launch of its Q3 compact SUV. BMW is doing everything possible to fend off the challenge thrown by its Ingolstadt based competitor. The recent announcement to replace Dr Andreas Schaaf by Mr. Philipp von Sahr as BMW India President is widely seen as a move to infuse even more aggression in the company’s India business.

The premium car bazaar in India is witnessing a phase shift. The big three premium carmakers are working towards introducing less expensive entry level products. The X1 has been countered by the Q3. The war is going to become more vicious as Mercedes-Benz introduces ist B and A-class cars, BMW bringing its 1-series and with Audi fielding its A1 later.

Who would you bet your money on for the year 2020?