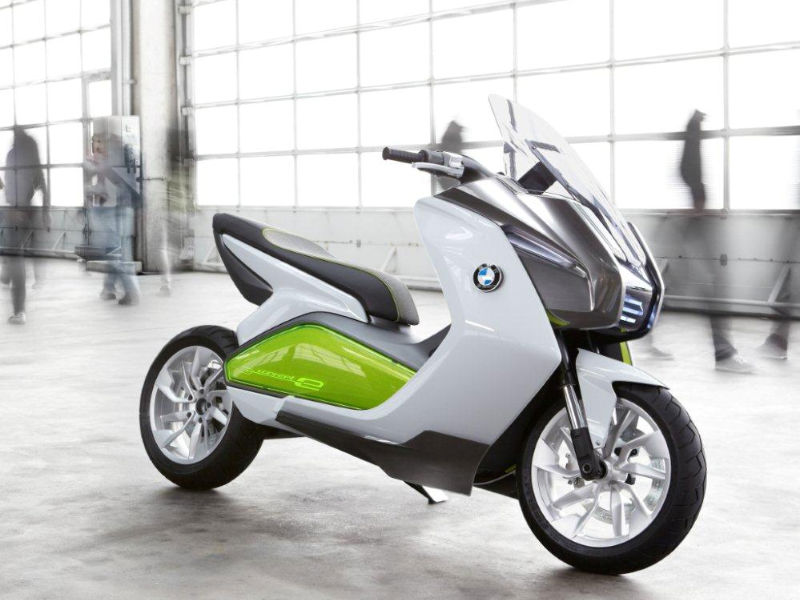 BMW today unveiled the long discussed eScooter, and promises a range and performance that will make this scooter a commonly used medium of transport.

From the time of concepts and discussions, BMW emphasized of matching this scooter’s performance to any 600cc scooter that has the old traditional engine. It suppose to cruise easily at 60-70mph, and gets charged  in max of 3 hours from any normal UK plug, if it is completely drained out. Which looks somewhat promising.

The main innovation on the eScooter is the use of the aluminium battery pack as a stressed element of the chassis of the scooter; in fact the battery pack is the chassis. Not only does it contain the battery pack but also all of the electronics controlling the power output. The steering head is bolted directly to the battery case with the swingarm and horizontally-mounted rear shock also directly connected to it.

How the electric motor works

BMW has also employed some innovation in the actual electrical drivetrain to include regenerative charging on a closed throttle which can boost the vehicle range by between 10 and 20% depending on the way the scooter it ridden.

BMW states: “Due to its high output, the eScooter has no hub motor with direct drive or planetary gearbox. Instead, the high-performance electric machine is mounted behind the battery casing. The secondary drive consists of a toothed belt from the electric machine to the belt pulley mounted coaxially on the swinging fork pivot with drive pinion. From here, power transmission occurs via roller chain to the rear wheel.

“The electrical components required for the electric drive are installed on the top of the battery casing. The external battery electronics system permanently collects and monitors data such as the temperature and voltage of the battery cells, both during travel and while charging.”

More Pics of the same from Concept pics to Real pics:

After the eScooter was unveiled today: