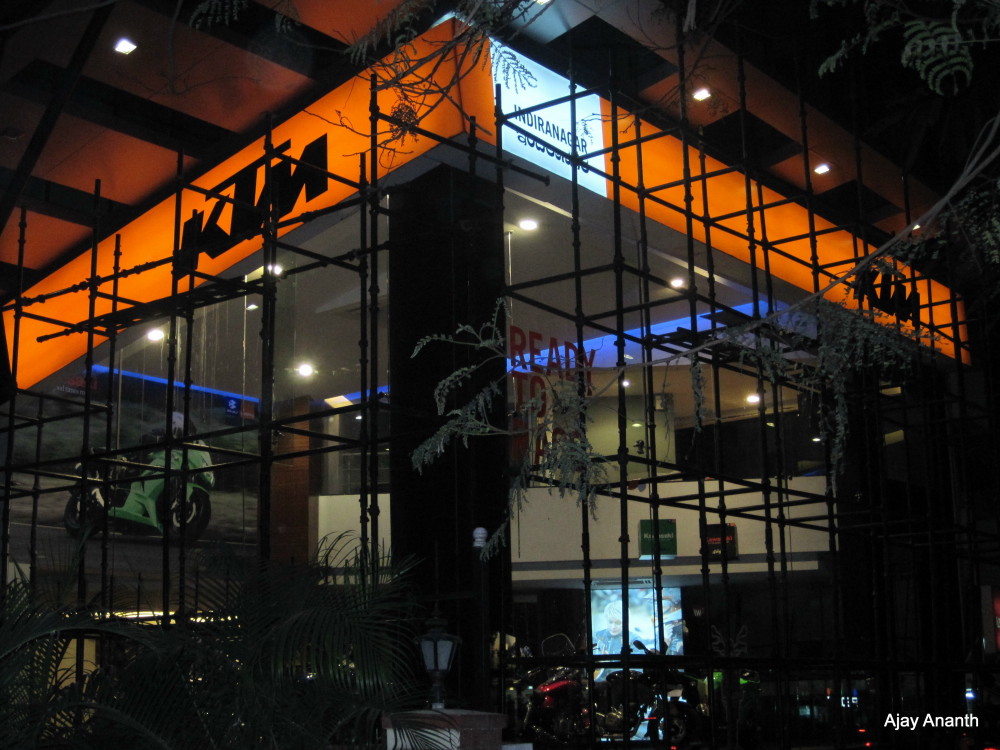 Bajaj Auto Limited have been curiously unclear about the launch of the new generation Pulsar as well as the KTM line of products. We were expecting the KTM 200 be unveiled / launched during the Expo, but Bajaj Auto, keeping true to their idea of keeping bikes out of the Expo did not even whisper about the brand during the mega show. Now we hear murmurs of the KTM Duke 200 slated to be launched on the 24th of January, without any official word from Bajaj of course.

This time, however, we have a feeling of being closer than ever to the launch of the Orange brand. Ajay Ananth, one of our oldest members and regular readers has posted an image of a Bajaj Probiking showroom in Bengaluru (Bangalore) getting a KTM makeover. No prizes for guessing what it suggests, but we still wonder whether KTM bikes will sell alongside their Bajaj counterparts or will they have a different display space altogether. Only time will tell.