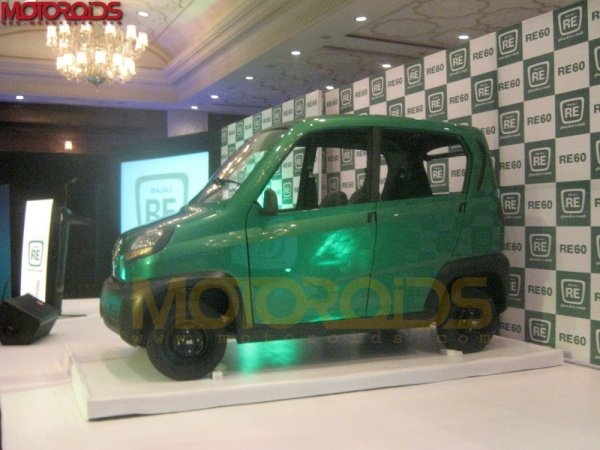 We have been saying this to people ever since the Bajaj RE60 was unveiled. Regulars at our site should remember that we clearly mentioned that the Bajaj RE60 had nothing to do with being a Tata Nano rival and is more of a replacement to the Auto Rickshaws. Even when Rajiv Bajaj had clearly mentioned that the RE60 is not a car but a three wheeler with one extra wheel, people have been comparing this car with the Nano. Sometime back, Rajiv Bajaj made clear that the RE60 is not a Tata Nano rival. He said that while the Nano is an ultra low cost car that targets first time car buyers and 2 wheeler users, the RE60 is only for auto drivers and hence, public transport.

Now, the latest about RE is that this vehicle with a confused identity will be launched sometime in the last quarter of the year and the manufacturer is busy formulating an aggressive strategy for the RE to eat into auto rickshaw’s market.