The three German big-wigs, Audi, BMW and Mercedes are always trying to go one-up on each other. Their rivalry has given birth to a lot of new technology that we take for granted in our cars today. The cars in which they debut all their technological prowess have always been the S-class-7-series-A8. Each time one of them comes up with a new car, they claim to have made the Best Car in the World, and in most of the cases its true! So now that S-Class and the 7 Series have had their share of the spot-light, its time for the new A8.

True to Audi’s tradition, the new A8 will follow a new design language which will filter down to the family later. The new walrus grille with its edges snipped off looks better than ever, while the overall design looks much more confident than recent efforts from BMW and Mercedes which feel ‘experimental’ in comparison. Expect loads of new tech seeping out of the incredibly tight panel gaps of the car, be it engines, transmission, suspension, interiors etc, etc….

Last time when Audi launched a new A8, it went on to sell twice as many cars as the S-Class and the 7-Series combined! 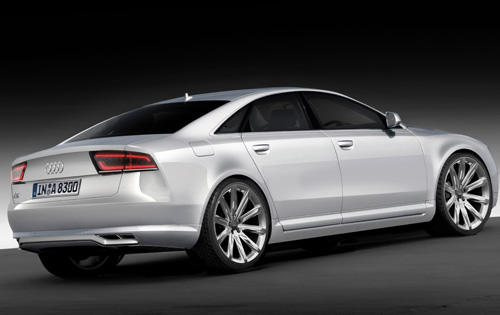