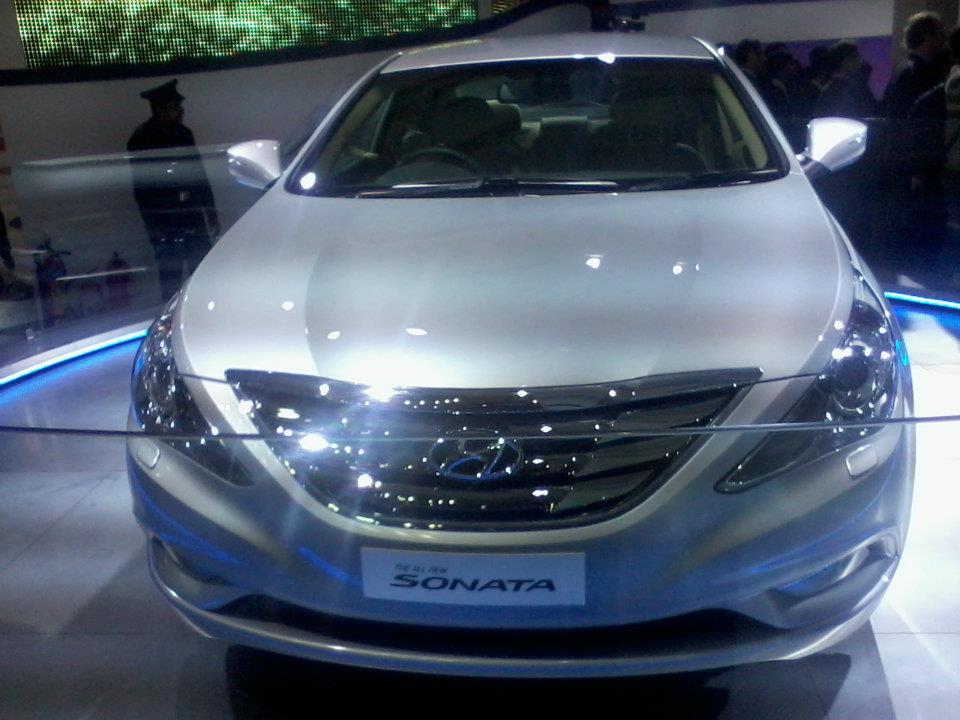 Korean auto major Hyundai unveiled the all new Sonata entry level luxury sedan at the 2012 Delhi Auto Expo.It may be noted that the Sonata is the flagship sedan by popular Korean car maker in India. When officially launched, this will be the 3rd generation of the Sonata to be sold in the Indian market.

Sonata has always been in limelight for its design. The fourth generation of Sonata,i.e., the first Sonata to be sold in India looked much like the Jaguar S type, albeit with a front fascia that looked borrowed from Mercs of  that age. Indian loved it for the way it resembled the popular luxury sedans while rest of the world cried foul. Ultimately, Hyundai pulled it out of the market and the 5th generation of Sonata,again, the 2nd to be sold in India had no design cues borrowed from the predecessor. The then new generation of Sonata looked nothing like the aforementioned luxury cars and yet looked European enough in its design. To me and many, it sure had a hint of Audi in it but nothing big enough to make anyone say that the Koreans pilfered again. Now, the all new Sonata has Hyundai`s newly acquired design language-fluidic design. There is more than a hint of the first generation CLS in this car.The roof line flows in a graceful arc from the front to the rear. The chrome garnished front grille shots premium and the funky Outside Rear View Mirrors (ORVMs) with integrated trafficators should be my favorite among the exterior design elements.When launched, the Sonata should look somewhat like an elder sibling of the Verna sedan that is on the roads here. 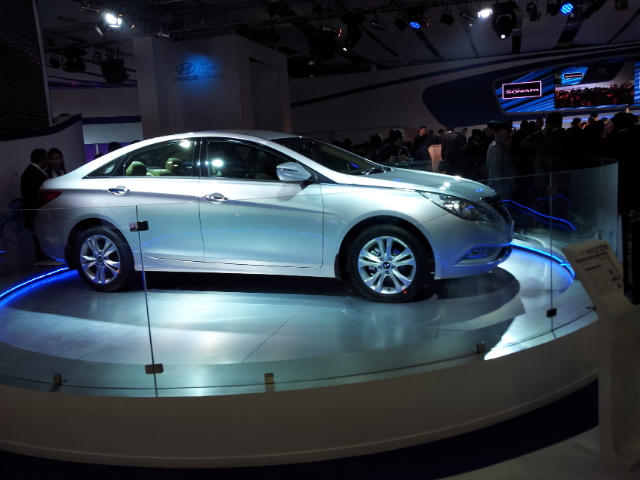 Some of the many features that the car has are HID xenon lamps, cruise control, paddle shift, six airbags, ABS with EBD, ESP, rear view camera, rain sensors for wipers, 2 DIN audio setup and smart key with push button start.

Talking about the interiors, the dashboard centre console looks a lot like those seen on many Volvos, the similarity boiling down to similar button layout and air con controls. New Sonata has more than sufficient space to enable five full grown adults travel in comfort and has a boot capacity of 463 litres.

The all new Hyundai Sonata is based on an all new platform code named GDL.Engine on offer is going to be a new 4 cylinder, 2.4 litre, direct injection gasoline burner with segment best power output of [email protected] and a maximum pulling power of [email protected] As of now, there are no diesel plans but expect Hyundai to come up with an oil burner to capitalize on the rapidly increasing demand for diesel engines. 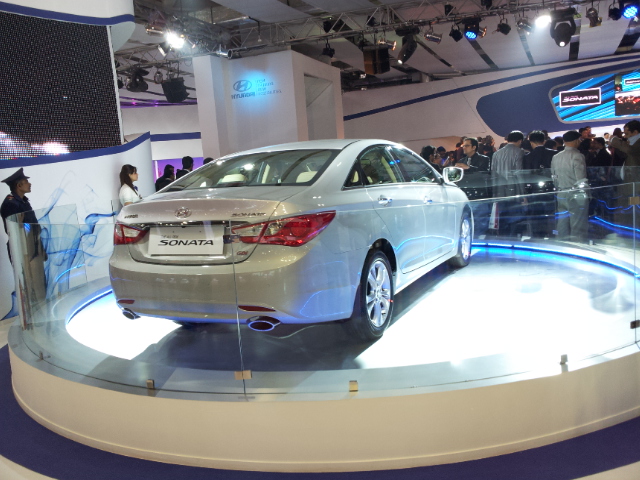