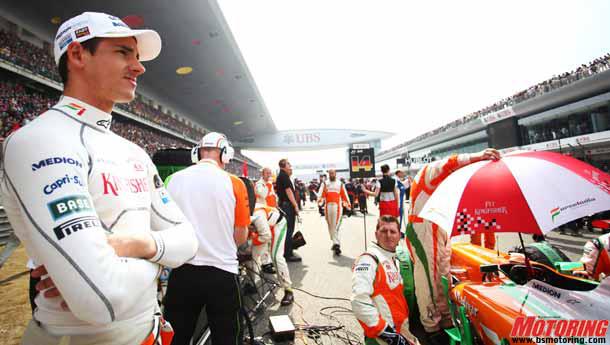 A Munich court has awarded Force India F1 driver Adrian Sutil with 18 months of prison sentence and has also been ordered to make a payment of $265,000 (€200,000) towards charity.

It may be noted that the 29 year old German has convicted for causing injury to Eric Lux, Head, Renault F1 Team at a nightclub in Shanghai. Now, the driver stands without a team for 2012 Formula One season.

Commenting on this issue, Force India said, “Force India Formula One Team is aware of the statements made by both its driver, Adrian Sutil, and Mr Eric Lux of Genii Capital, pertaining to events following the Chinese Grand Prix. Although the team continues to monitor the situation, it remains fully committed to its driver line-up at this weekend’s Spanish Grand Prix.“

Sutil made an apology by saying, “I have unreservedly apologized for this. As this is a private matter, which has nothing to do with Formula One, I will make no further public comments on this subject.”

Is this the end of the career for the young German driver?