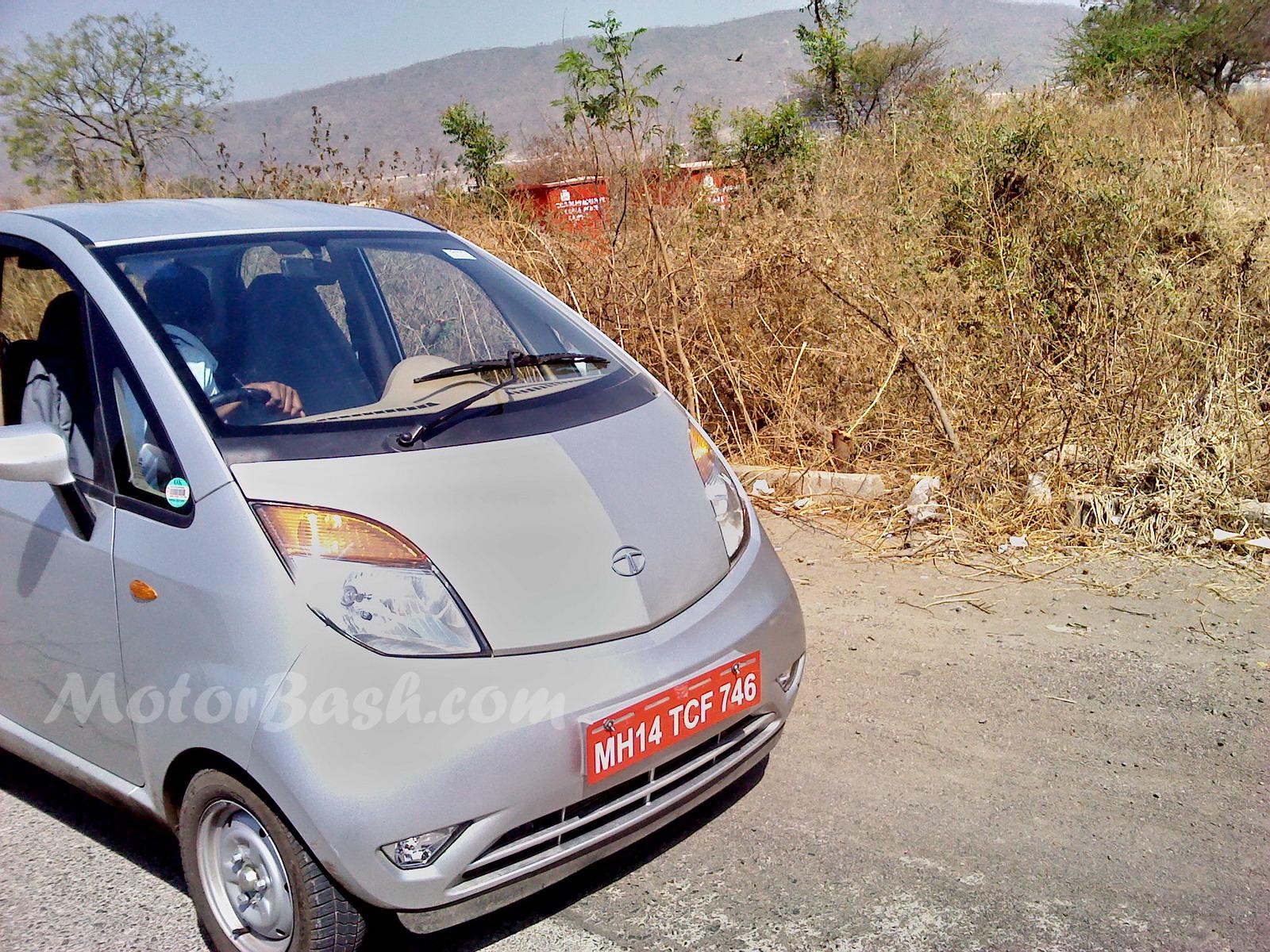 There has already been some news of Tata Nanos being tested in and around Pune. Now recently, the good folks at Motorbash managed to capture not one but as many as three Tata Nano cars being tested together. The trio was caught at Hinjewadi Phase 3 in Pune.

On some following, it was found by the emerging website that all three variants of the car viz Standard, CX and LX were being tested. On talking a bit to the driver, it was revealed that they were testing the fuel efficiency of the car. As for the Nano diesel, all the driver revealed was that it will take time for it to make it to the markets. There is no hiding from the fact for Tata that the Nano’s journey been far from being smooth. First, much respected Mamta Banerjee threw a huge hurdle in the manufacturing of the car, second, the car came at a price much above the promised 1 lakh magical figure and lastly and unfortunately, at least half a dozen Nano cars decided to go up in flames. Now, we do have an improved version of the super compact that promises to be far more reliable and sorted out and we hope that all these regular testing and development works in favour of the potential Nano buyers.