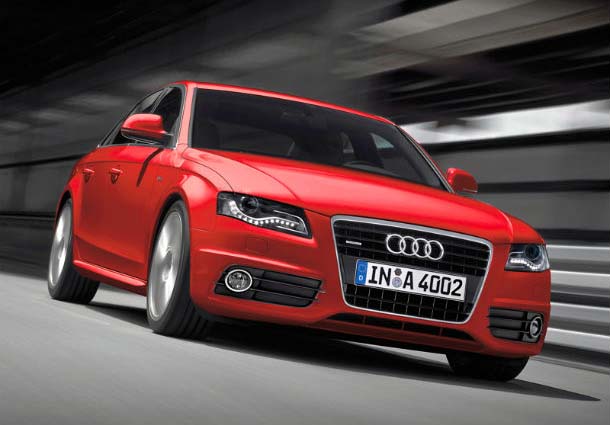 Audi will be introducing the new Audi A4 entry level luxury sedan in 2014. We have been informed that the updated car will offer much more in terms of driving pleasure. The 2014 A4 will be based on the MLB architecture, which has been derived from VW’s much touted MQB platform. It is being said that the updated A4 will also get two hybrid power options. Other than deciding to do your bit for mother Earth, you can also chose between a re-tuned 2.0 Liter TFSI and an updated 2 Litre TDI. The refreshed oil burner will produce upwards of 190BHP and 400 Nm of torque. The motors will be seen mated to a dual clutch automatic gearbox. Also on the options list will be the popular Quattro all wheel drive system. It is being said that the 2014 A4 will get an eQuattro system, in which an electric system will take over the duty of some of the mechanical bits. Also, safely expect the new A4 to be better handing and more involving to drive. The interiors too should get some new gizmos and richer materials. What we wonder is if the 2014 Audi A4 would be the new ‘Ultimate Driving Machine.’