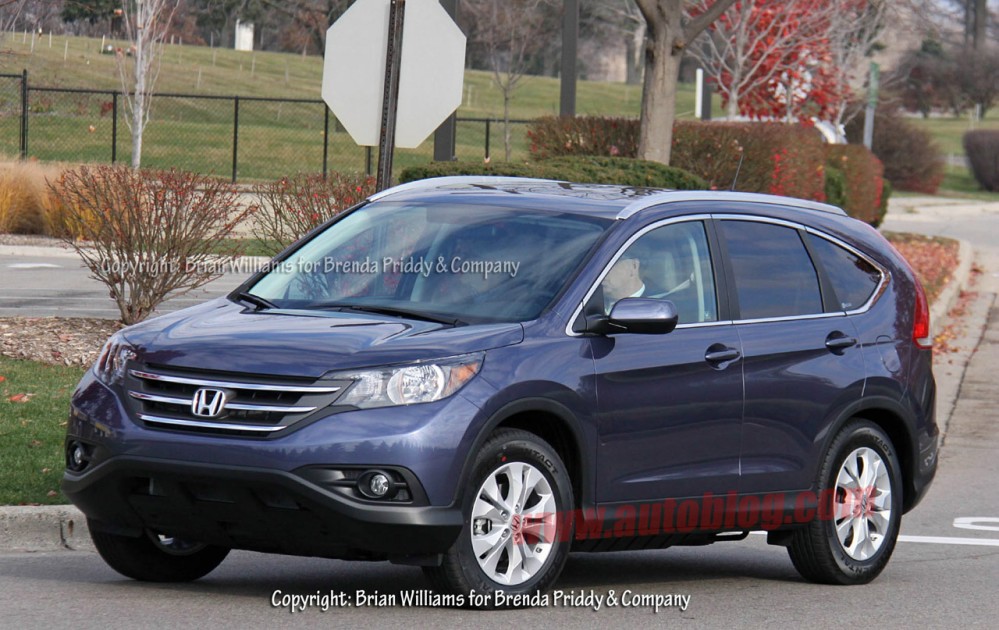 Honda’s 2012 CR-V has been in the news for a very long time now. The Japanese carmaker officially revealed the images of the CR-V concept, almost similar to the production version some time back. The 2012 CR-V has grown in size, features and equipment. It will now be able to seat seven but without any changes being made to the engine. At the heart of the new CR-V would be the good old 2.4-liter i-VTEC power plant, with a marginal increase in power and fuel efficiency.

Very recently, a group of American auto journalists were given a chance to drive the production version of car. The new car is ready to make is world debut, and every auto publication worth its salt in the US of A has savored the taste of this hot-selling crossover. There is, however an embargo on publishing the pictures and reviews of the car. However, as it happens every single time, some images and pointers always leak through these embargos, and we auto enthusiasts simply love the phenomenon. 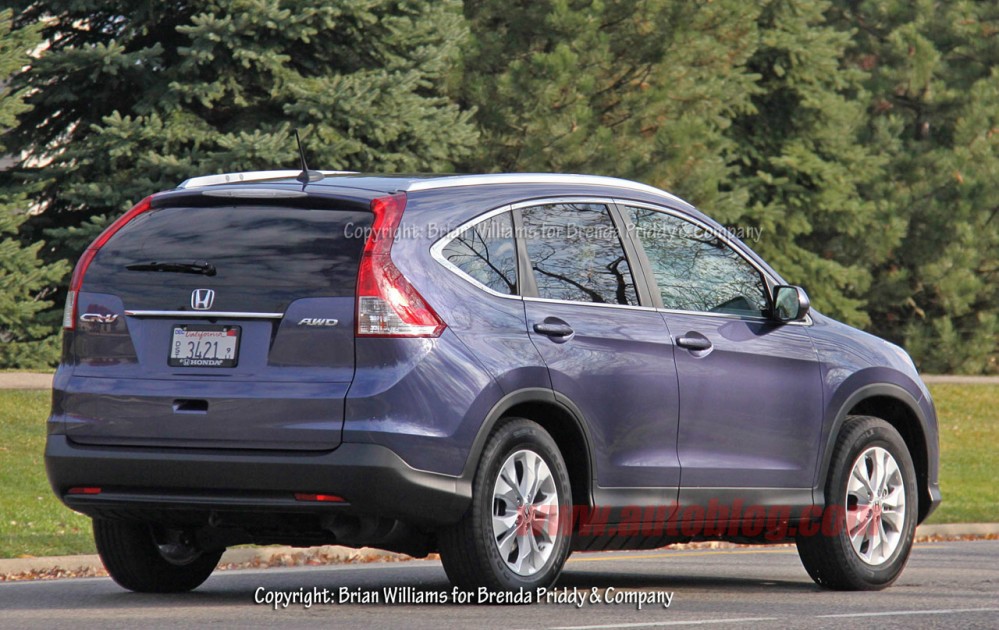 The totally undisguised interior and exterior images you see here were apparently taken during the media drive of the new car. As you can see, the new CR-V is a huge departure from the current iteration of the vehicle. The triple slat front grille, elongated, curvy headlamps and a pronounced plastic cladding under the front bumper define the front end of the car. The rear end, with its oddly shaped tail-lamps and bulging hatch area doesn’t look very appealing, but must have released loads of space inside to seat two more occupants in comfort, while still leaving some space for luggage.

While these images are brought to light courtesy Brenda Priddy & Company via Autoblog, we are sure Honda will release dozens of official images of the new car in the coming week as the car makes its show debut at the LA Auto Show on Novermber 18th. Stay tuned for more dope on the car. 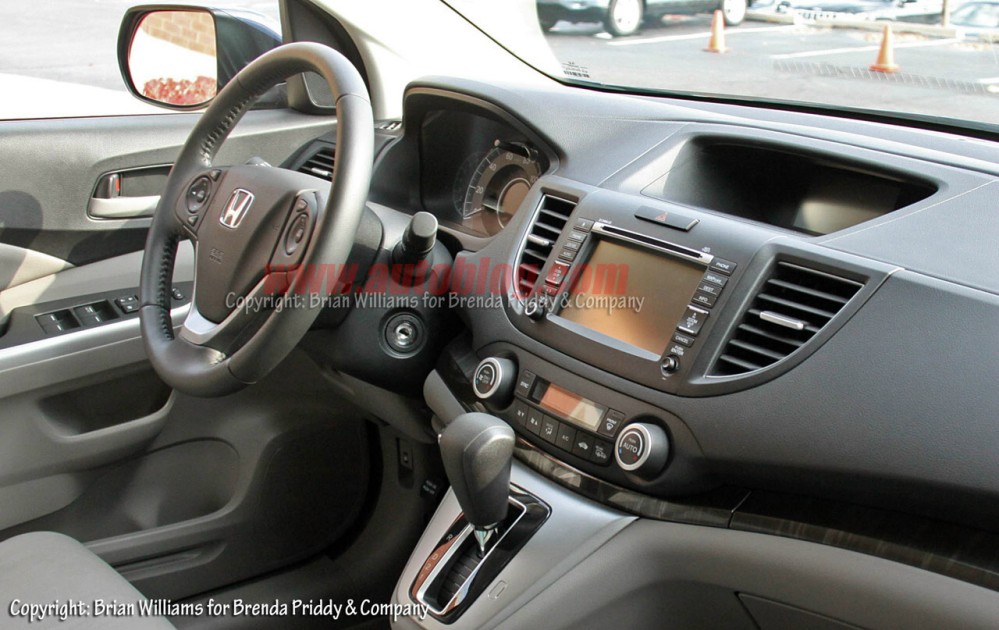