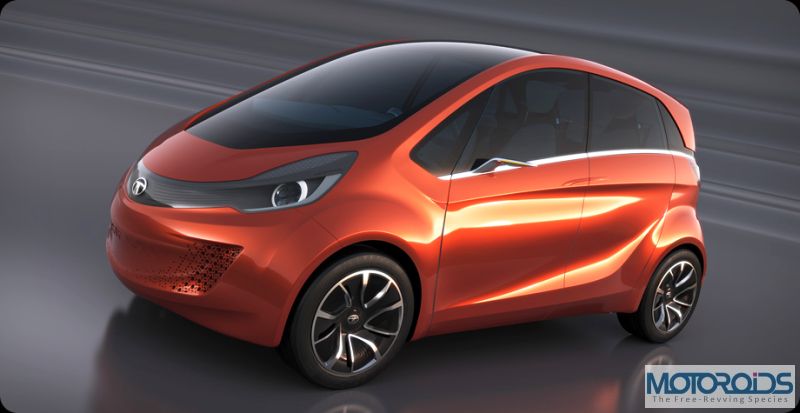 Tata Motors today showcased the Megapixel Concept at the 2012 Geneva Motors Show. A development over the Pixel Concept shown last year, the Megapixel Concept is a four-seater range extended electric vehicle (REEV) concept. The powertrain for the concept combines a lithium ion phosphate battery and an on-board 325cc, 30bhp single cylinder petrol engine generator for recharging on the move. Once the batteries are depleted, the petrol motor charges the batteries to extend the range. Tata Megapixel offers a range of up to 900 km, CO2 emission of just 22 gm/km and fuel economy of 100 km / litre under battery only power. 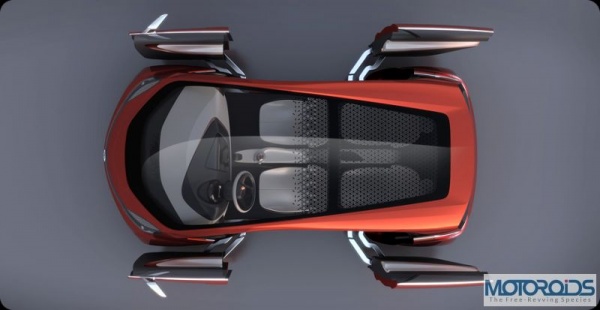 The Megapixel is developed by Tata’s design centres in India, the UK and Italy, and is the company’s vision of a city car for motorists in modern megacities. Design wise, if Tata were to be believed, the Megapixel Concept makes an attempt to blend Indian elements such as colours, graphic themes or materials with global styling preferences.

The Zero drive system of the Tata Pixel has been advanced further with the Tata Megapixel. The unique steering system has four independent electric motors, one at each wheel. When parking, the electric hub motors drive the wheels in opposite directions, while the front wheels are turned at an acute angle, enabling an exceptional 2.8 metre turning radius. The at-home charging system is an as innovative induction charging system. The car has simply to be parked over the induction pad for charging to begin. 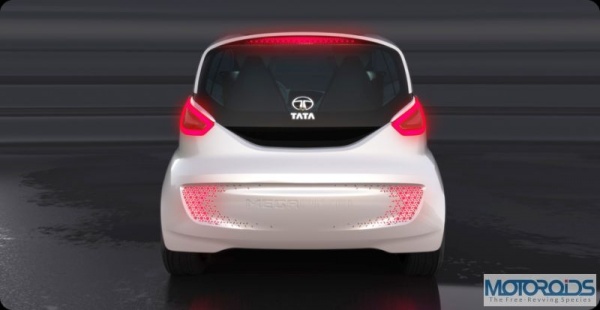 The car has a panoramic roof, a floating C-pillar, double sliding doors and a design which does away with the requirement of B-pillar. Thanks to the unique layout, the Megapixel, even with its compact exterior design can comfortably accommodate four adults with luggage. The front seats are mounted on the central tunnel, releasing floor space for additional storage. Light coloured materials elevate the feeling of spaciousness within the cabin.

Another interesting inclusion on the Megapixel Concept is the human machine interface (HMI) console. The docking point on the console can be used to connect a smart phone with the car. Once that is done, the huge central screen, or HMI becomes the main control panel for the driver to access the functions of the phone as well as those of the car. Temperature, ventilation, driving modes, audio and performance can be controlled via this central screen. 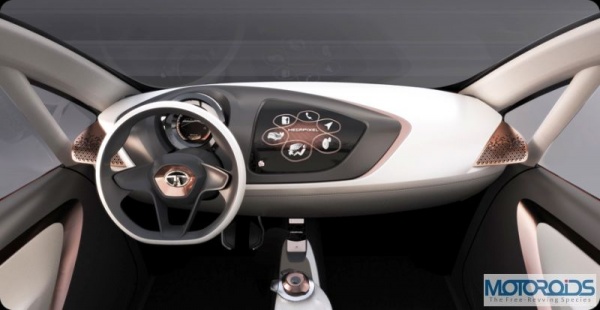