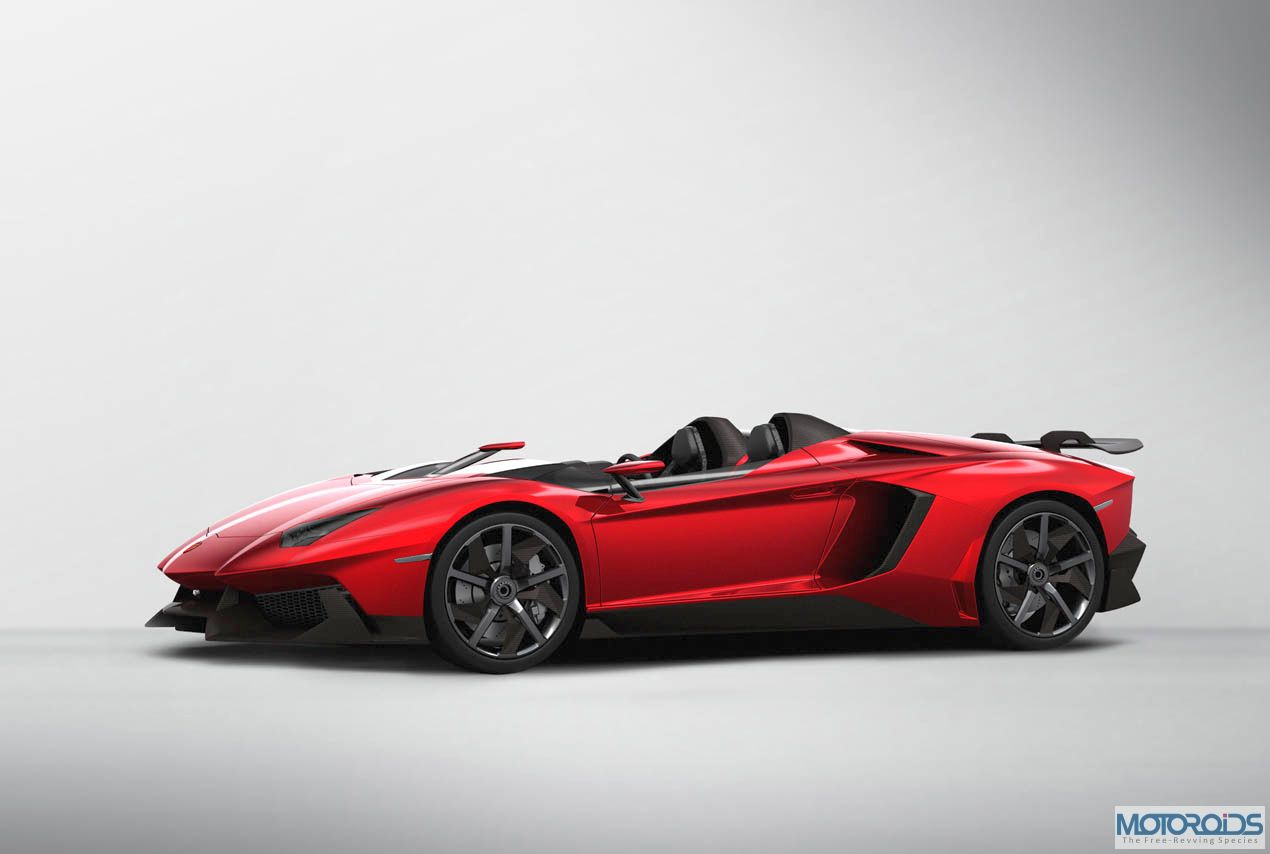 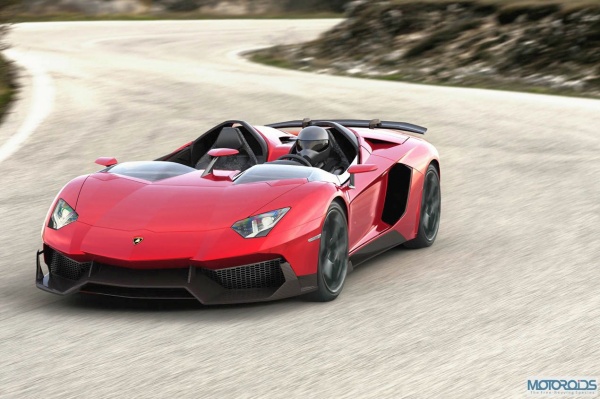 At the 2012 Geneva Motor Show, Lamborghini has presented on of the sexiest looking and the most focused open top super cars in its history. Christened the Aventador J, the new car is a 700bhp two-seater and employs new varieties of soft carbon fiber materials as a demonstration of Automobili Lamborghini’s expertise in carbon fiber technology. The car does away with not just the roof, but also the front windshield. This means you will have to wear a helmet as you drive it, for the car is capable of more than 300km/h top speed. Lamborghini calls the new car a piece of art, an absolute on-off and a one-of-a-kind-experience. The good news is, this supercar dream of sorts will actually be put in production.

The Aventador J is based on the Aventador, with the letter J derived from the sporting rules of the FIA world motorsport organization. Its “Appendix J” defines the technical specification of race cars in the various classes. Powering the ‘J’ is the same 6.4 liter power plant that propels the Aventador LP 700-4. Transmission duties are taken care of by Lamborghini’s very own and lightening fast ISR transmission.

The Aventador J has its remorseless focus on weight reduction. Lamborghini has introduced a new variety of carbon fiber material called Carbonskin, which has all the strong characteristics of carbon fiber, but still manages to be soft. The entire cockpit and seats in the new car are clad in this material.

The car is so low, the highest points on the car are marked by the rear view mirror, which is perched on an arm like a periscope. Windscreens are replaced by two wind deflectors, in a superbike like fashion. The special red color was developed specifically for this Aventador – a highly intensive red with a slight chrome effect. 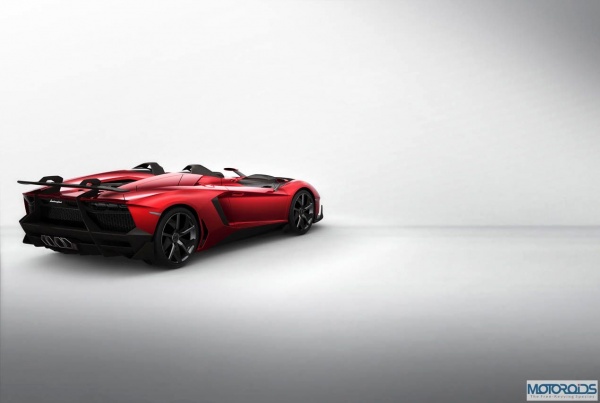 The wheels were also developed specifically for this car, with 20-inch rims at the front and 21-inch at the rear. The five-spoke aluminum wheels have an additional carbon fiber insert that functions like a small fan for optimum brake ventilation. The doors, which open upwards, are significantly lighter than the Aventador. Carbon fiber has been used extensively in the bodywork of the new car, and everything from the front and rear bumpers, the diffusers and most other materials, have been constructed of the exotic material to keep the weight as low as possible.

The Aventador J’s exterior and interior forms flow seamlessly into each other. According to Lamborghini, this super sports car turns its inside outward and is as open as it can possibly be. 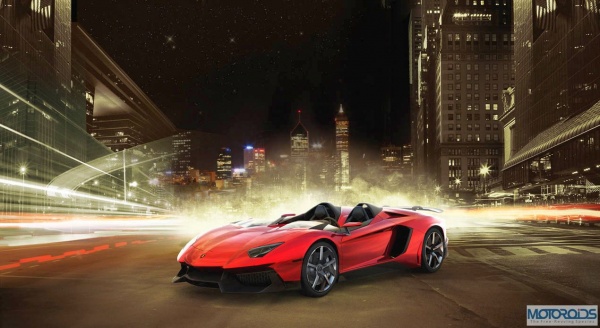 The Aventador J with its unrelenting focus on weight reduction has done away with most of the amenities. It doesn’t have a navigation system, or car audio system, no screens, no air conditioning controls. All that the Aventador J promises is unadulterated driving experience – other comforts be damned. All that you have for gadgets are two programmable TFT displays behind the steering wheel.

An extremely beautiful car, which is every bit a Lamborghini! It is cars like these that we know and love Lamborghini for. We have our jaw on the floor. What do you think? And would you ever be able to see Lamborghini produce an SUV after having seen this one?