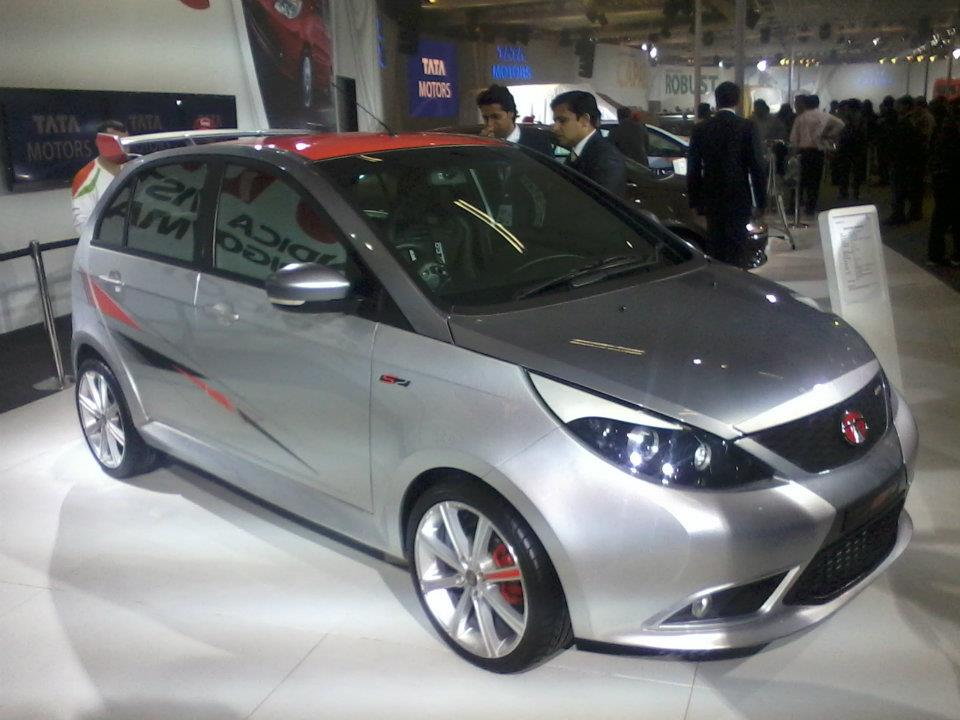 Popular Indian manufacturer Tata Motors showcased many products at the Auto Expo 2012. We had the Storme, Commercial Vehicle and even some Hybrids at the motor show. One product that really caught our attention was a car catering to performance segments. We saw the environment friendly Manza Hybrid and giving it company was the very sporty Vista Sports Concept S2. This concept made its debut at the 2010 Expo. However, the concept saw some changes before it was showcased at the recent motor show.

The Vista Sports concept seen in 2010 had a Yellow paint job, large air scoops at front, a diffuser at the rear, and faux twin exhausts. The twin exhausts  looked like an after thought though. Now, the car we saw at recent Expo was far from being all new but it sure had a cosmetic makeover to boast of. This is not all as the Vista Sports was rechristened as the Concept S2. The various exterior design elements seemed much more practical and the car sure looked like a very feasible souped up version of  your standard Vista. Thankfully, the yellow color has been shown the door. One of our favorite features has to be the eye lids on the headlamps. But make no mistake, we appreciate the idea and not the execution as the latter is far from being tastefully done.

Large scoops have given way the fog lamps and gone is the prominent chin of the 2010 version. Talking about the rear end, gone are the wannabe exhausts and diffuser. Thanks to these changes, the Concept S2 is very much the existing Vista, albeit, the changed rear bumper.The car also sports large 8 spoke alloys. On the inside, the car is as sporty and racy as it is on the outside. Keeping in with the theme of performance driving, the interiors consists of a sports steering wheel, aluminum pedals and Sparco bucket seats among others. We prefer the black treatment with hints of red over the beige treatment seen on the stock car.

Now the real important part- Beneath the hood is a TurboCharged 1.4 liter MPFI gasoline motor that produces 140 PS. Our sources say that the 140PS motor is based on the Fiat’s 1.4 liter, 95 PS Saffire engine. We all know that the car in question here won’t be seen on roads in the near future but we performance junkies so wish to see this car been sold as a limited edition. A souped up 140 PS cab. Crazy taxi anybody? 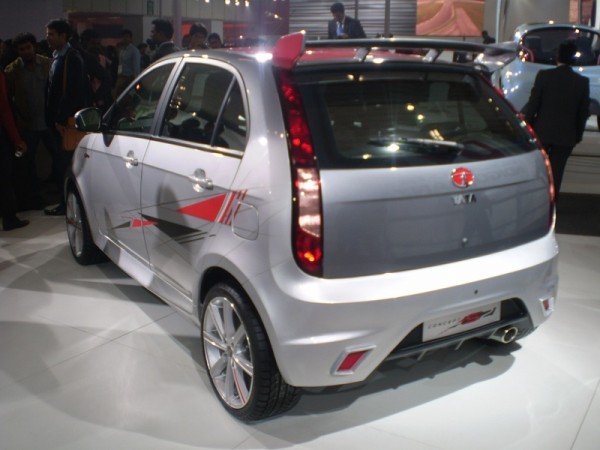