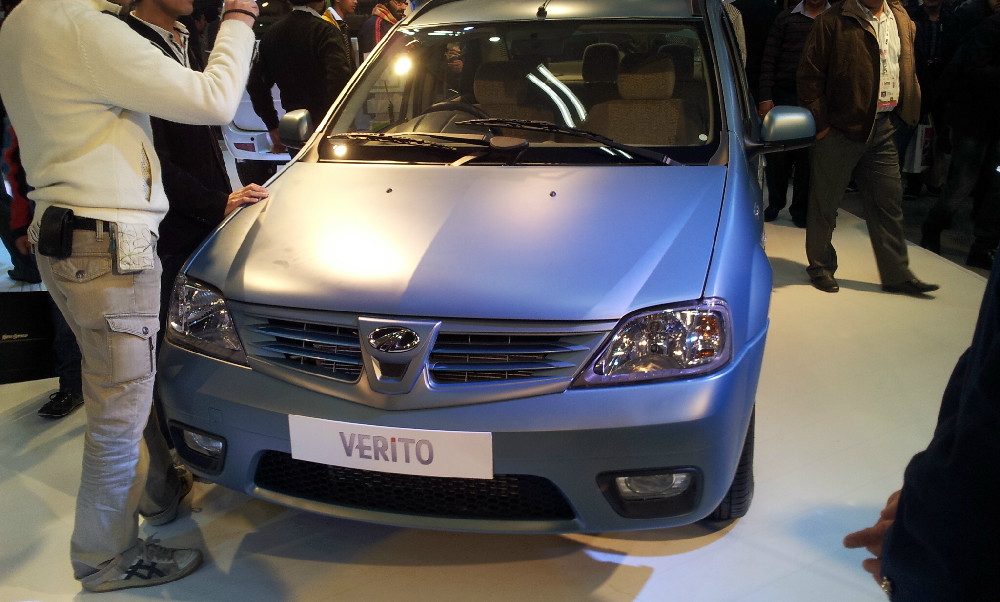 A few hours back, we had to fight our way through a crowd of school kids, housewives, college goers and couples to enter Mahindra’s hall at the ongoing 2012 Auto Expo, New Delhi.While the Ssangyong vehicles surely made good showstoppers, it has to be the REVA NXR and Verito Electric that should really interest the environmentalists. 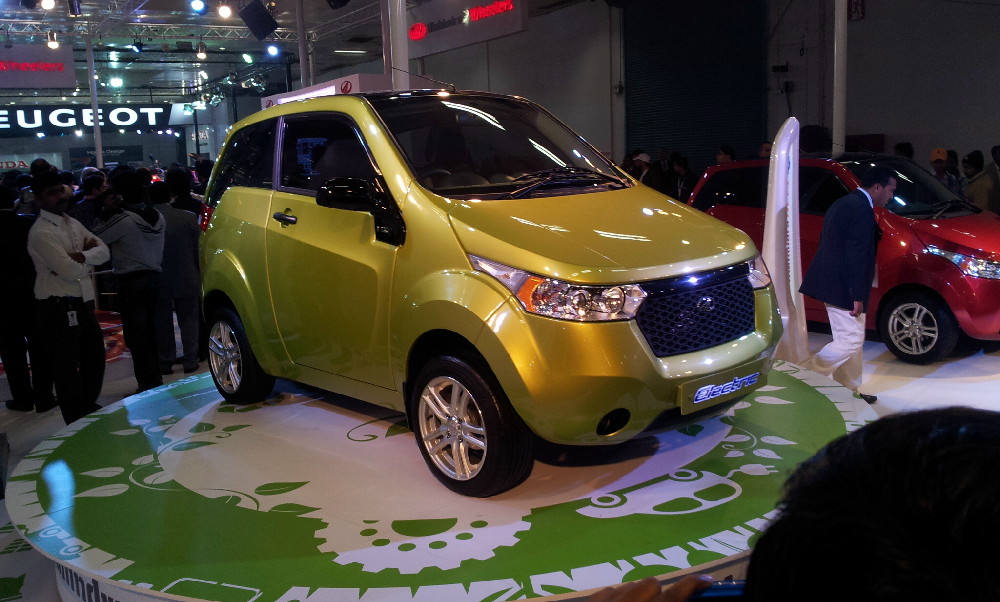 Sometime back, Mahindra & Mahindra had acquired a majority stake in the electric car company. The Maini presents its NXR at the Auto Expo 2010. After a successful showing at the Frankfurt auto show, Maini is displaying the NXR at the expo. This production ready version is a 4 seater hatchback and this car is targeted more at the International markets than India. The NXR is the first product ever since the tie up happened. The Reva NXR is far more well styled and appealing than the bring ‘gree’ vehicles of the yore. Mahindra claims that covering the distance from Connaught place to New Delhi Airport in a gasoline car will hurt your wallets in tube of 300 bucks while the NXR will only cost you 10 bucks to cover the same distance. 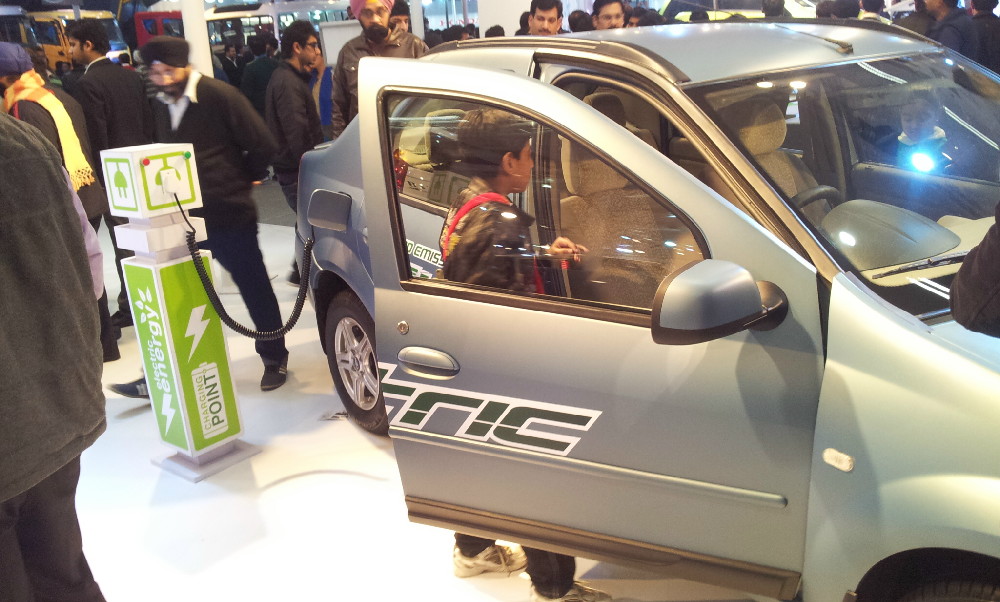 Mahindra seems to be working hard on developing and introducing vehicles powered by unconventional sources of energy and in addition to the Maini, M&M is displaying an electric version of the very popular and reliable Logan, nay the Verito! The Mahindra Verito Electric was today unveiled at the Mahindra stall of the Expo. On the outside, The Verito Electric is very much similar to the non-electric counterpart and only the size-XL decals differentiate the environment friendly car from its oil burner equipped sibling. shouting out its new heart, and a new digital meter. We were not told about the specifications of this car but safely expect us to update our readers as soon as we get our hands on more info regarding this car.Stay tuned folks.